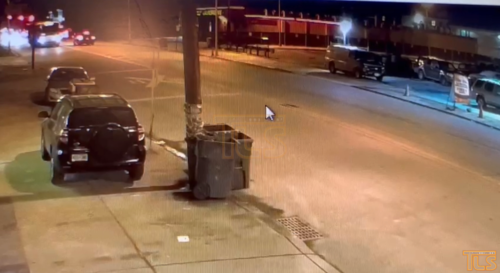 As earlier reported, the surveillance video shows the man walking eastbound on the sidewalk of Route 88 shortly before 10:00 PM when a bus struck him while making a left turn into the terminal.

The bus left the scene but was later stopped by police in Howell.

The man’s name has not yet been released.

The victim was 32 years old, the office said.