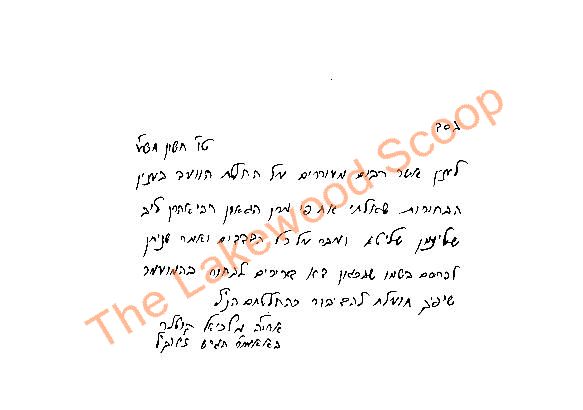 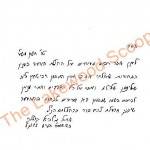 JUST RELEASED-FIRST REPORT: (Click on image to enlarge). The attached authentic letter, written moments ago by the Rosh Hayeshivah Reb Malkiel Shlita, was just released to TLS. The letter states that The Rosh Hayeshiva Shlita was told by R’ Shteinman Shlita to publicize in his name to vote for the Vaad endorsed candidates only, with no exceptions.