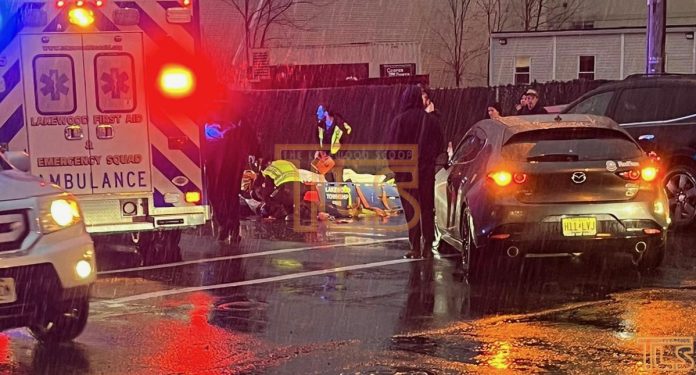 Dashcam video captured a pedestrian being struck by a vehicle on Rt 9. in Lakewood.

The accident happened last week, at the intersection of Madison Avenue and 9th Street, around 4:30 PM.

The driver initially fled the scene, but then returned around 10 minutes later.

David Bottcher, who witnessed the accident happen, watched as a second vehicle turned and nearly ran over the pedestrian. That’s when he heroically pulled into the intersection, and blocked the pedestrian with his vehicle, while calling police.

The pedestrian was transported to MMCSC with serious but not life-threatening injuries.

David shared the video exclusively with TLS in an effort to bring awareness to other drivers.