What’s In A Cigarette? FDA To Study Ingredients 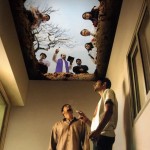 The Food and Drug Administration is working to lift the smokescreen clouding the ingredients used in cigarettes and other tobacco products. In June, tobacco companies must tell the FDA their formulas for the first time, just as drugmakers have for decades. Manufacturers also will have to turn over any studies they’ve done on the effects of the ingredients. It’s an early step for an agency just starting to flex muscles granted by a new law that took effect last June that gives it broad power to regulate tobacco far beyond the warnings now on packs, short of banning it outright.

Companies have long acknowledged using cocoa, coffee, menthol and other additives to make tobacco taste better. The new information will help the FDA determine which ingredients might also make tobacco more harmful or addictive. It will also use the data to develop standards for tobacco products and could ban some ingredients or combinations.

“Tobacco products today are really the only human-consumed product that we don’t know what’s in them,” Lawrence R. Deyton, the director of the Food and Drug Administration’s new Center for Tobacco Products and a physician, told The Associated Press in a recent interview.

While the FDA must keep much of the data confidential under trade-secret laws, it will publish a list of harmful and potentially harmful ingredients by June 2011. Under the law, it must be listed by quantity in each brand.

Some tobacco companies have voluntarily listed product ingredients online in recent years but never with the specificity they must give the FDA, said Matt Myers, president of the Campaign for Tobacco-Free Kids.

For example, Altria Group Inc., based in Richmond and the parent company of the nation’s largest tobacco maker, Philip Morris USA, has posted general ingredients on its Web site since at least 1999.

Cigarette makers say their products include contain tobacco, water, sugar and flavorings, along with chemicals like diammonium phosphate, a chemical used to improve burn rate and taste, and ammonium hydroxide, used to improve the taste. Read full article in APP.