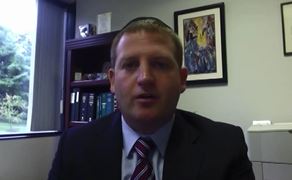 VIDEO: TLS presents the first of a video series featuring Ian Goldman. Ian is a former prosecutor and litigator who served as an Ocean County Assistant Prosecutor for seven years.

During his tenure, he earned an impressive track record as a trial lawyer. Though he is a seasoned litigator, he specializes in the Criminal and Family Law fields.

Prior to prosecuting, Mr. Goldman served as Judicial Law Clerk to the presiding family division judge in Ocean County where he recommended the disposition of matrimonial cases for the Judge’s review and approval on issues including divorce, child custody, parenting time, child support, paternity, spousal support, medical support and adoption.

Mr. Goldman received his Juris Doctor in law and a Master’s degree in Business Administration. He is a certified instructor by the State of New Jersey Department of Law and Public Safety, Division of Criminal Justice Police Training Commission, where he taught numerous classes at the Ocean County Police Academy. Mr. Goldman is also in involved in the Monmouth and Ocean County Bar Associations. In Monmouth County he presently sits on the Juvenile Law Committee. In Ocean County, he was the former young lawyer liaison and previously served on the criminal practice committee.