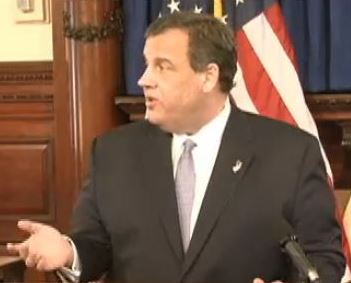 VIDEO: Gov. Chris Christie today announced plans to reduce two key payments scheduled for the state’s pension system for public workers — an emergency move that could trigger lawsuits and further downgrades of the state’s credit rating but solves an immediate concern by plugging an $807 million shortfall in the state budget.

“We will not make the payments that apply to the sins of the past,” Christie said. The new, lower payments he has proposed will cover the cost of employees currently active in the pension system, the governor said, but will not chip away at the total unfunded liability in the pension fund accrued before he was governor. See video of press conference below. Read more in Star Ledger.