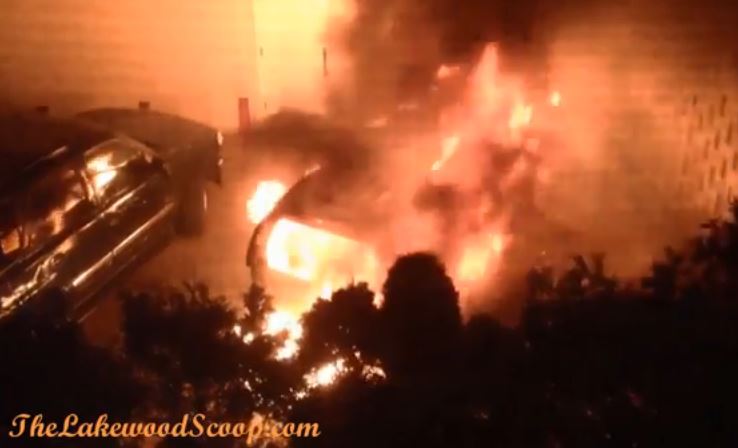 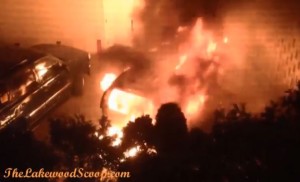 VIDEO: A Deal, NJ Hatzolah member and employee in Lakewood who serves as a Rav in Atlantic City, found his vehicle completely destroyed from a fire on Rosh Hashana in what detectives believe is ‘very suspicious’, the victim tells TLS.

David K., a Philadelphia resident and manager of a Lakewood hall tells TLS he was Davening for the Amud on Rosh Hashana when one of his Mispallelim asked him if he’d seen his vehicle parked in the rear of the Shul.

When he came outside, David found the charred license plate and burned pieces of his 2006 Ford Explorer. But it wasn’t until later that he found out what had apparently happened.

David says the neighbors witnessed several men suspiciously hanging out around the rear of the Shul after midnight, and a short time later saw his vehicle fully engulfed in flames.

The vehicle was completely destroyed, along with his Tefillin, and Hatzolah, Chaveirim and Misaskim equipment, as well as his emergency radios.

The fire department and fire marshals responded to the scene, along with detectives, and believe that foul play may have played a role in the incident, David tells TLS.

“They are taking this incident very seriously and are treating it very suspiciously,” David told TLS. A final report from the Fire Marshal’s office is not expected for at least a week, David says.