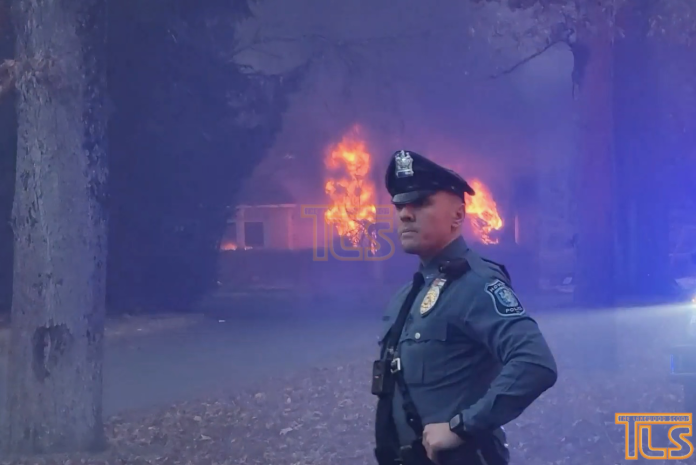 Authorities today are continuing their investigation into yesterday’s blaze in Howell, though the circumstances do not appear suspicious, authorities said today.

As first reported by TLS Community, at approximately 4:52 P.M. yesterday, the Howell township Police Communications center received a 911 call reporting a fire in a residence on Lanes Pond Road.

Upon police arrival, smoke and flames werevisible from the two story single family dwelling. Patrol Officers on scene reported that alloccupants were safely evacuated from the house prior to police arrival with no reported injuries.

“At this time, the fire does not appear suspicious in nature and the investigation is ongoing,” police said.