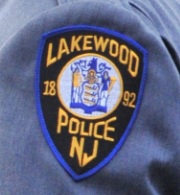 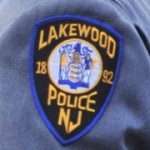 Reyes and were laid off in September, when Trenton laid off 105 officers, which was about a third of the force.

Many officers would typically place their names on the RICE list after being laid off, which was the case with the new LPD officers, but not all are lucky enough to get a job so quickly.

“I am extremely grateful for this opportunity to do a job I love, especially in the town I was raised in”, Sal Reyes tells TLS. “I look forward to working alongside my brother”.

Sal says he feels bad for the other officers who he worked with for over three years, who have yet to find a job.

“I hope my counterparts that were laid off from Trenton find a job soon”, Sal says”.

The two officers will begin working on the roads in about two weeks, following in-house training.

In September, the LPD hired three new officers, two lateral transfers and one from the RICE list, as reported here.

Another officer, Charles Messer – brother of Lakewood officer Chase Messer – was also hired by the Department back in September, but is currently in the Academy. He is expected to hit the streets in the Summer.

In June, the Committee passed a budget which allocated $100,000 for new Police Officers, which would cover the salaries for the remainder of the year, and include fees for testing, screening and purchasing police equipment for the officers. The starting salary for an officer says Lawson is about $35,000 for the year, and hiring 6 officers for a 1/3 of the year would amount to about $70,000.

Hiring officers off a RICE list, saves a substantial amount of tax payer money Chief Lawson says, as the officers are already trained by the P.T.C. (Police Training Commission), and only require the in-house training before getting them on the roads.

“We are looking forward to these experienced officers joining our patrol division”, Chief Rob Lawson says. “They both are bi-lingual and I’m sure they will be an asset to the Police Departent”, Lawson says. TLS.