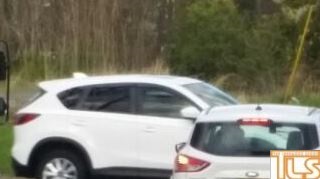 TLS has received multiple reports of two attempted luring incidents that have occurred in Lakewood yesterday.

Residents of the Lakewood Commons and Chesterfield Commons neighborhood report to TLS that around 12 PM yesterday, a driver, identified as a black female driving a black vehicle, pulled up alongside an approximately 8-year-old boy, and told him to come into her vehicle. The boy, riding a bike, immediately fled to his home.

The residents say a white SUV driven by a black female offered candy to five and seven year-old boys, motioning them to come to her vehicle. The children also ran home.

“It would be a good idea to alert the public to be vigilant and not allow children outside alone,” one of the mothers told TLS.

The incidents – unknown if connected – were both reported to police.