Township Cuts $150,000 From Fire Budget – To Be Handed Down At Next Meeting 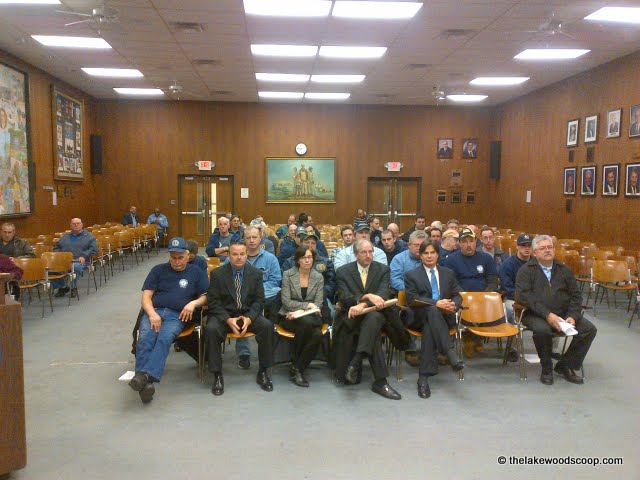 The Deputy Mayor and Committeeman Meir Lichtenstien, who were appointed to the task to review the budget, recommended the cuts and handed it back to the Committee for approval. The cuts were from utilities and general expenses.

However, due to statutory reasons, the budget was not approved tonight but will be approved at the next Township meeting.

Dozens of Firefighters were on hand at the meeting in a show of support. TLS.