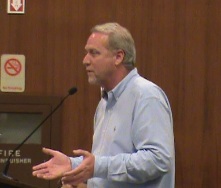 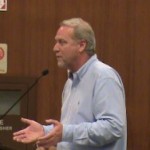 FULL VIDEO: The Township Committee Thursday evening clearly expressed their feelings, as well as the majority of the town’s feelings regarding the proposed closure of Lakewood’s main Post Office. Presenting the plan to the Committee, was USPS real estate division representative Rich Hancock, who stated his intentions of consolidating the Post Office to the Swarthmore location was simply due to economics.

Despite USPS’s explanations, the Township Committee however strongly condemned the action saying it would tremendously affect thousands of residents, many of whom do not drive and would be unable to make the trip to Swarthmore.

Mayor Miller together with Liaison Committeeman Meir Lichtenstien called for a resolution to lift restrictions on requiring the Township to use USPS for Township business, saying if they weren’t conforming, neither should the Township have to. That resolution says the Mayor, will be sent around the State calling for all municipalities and towns to join them in fighting the USPS requirements.

Deputy Mayor told Hancock to pass the message over to his superiors that there was ‘extreme displeasure’ amongst the Committee over the decision, and called for another resolution to formally condemn the USPS for their lack of consideration.

Langert said, instead of focusing on how the economics are an issue, focus on how to make the Post Office into a plus, and perhaps add another CPU station downtown.