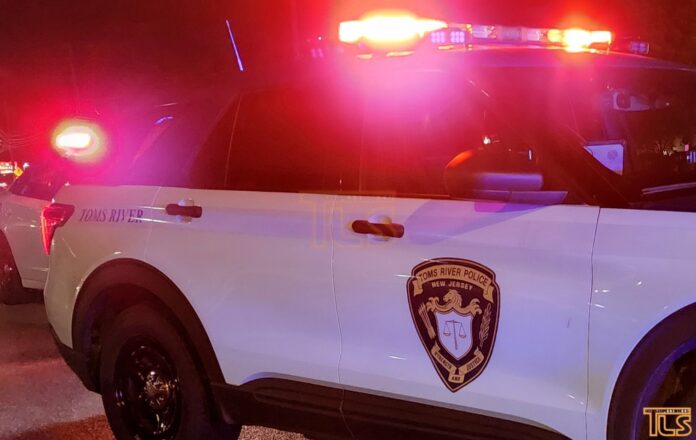 November 25. Approximately 2:55 PM – Officers were dispatched to a residence for a reported disorderly person suffering from mental illness. Once on scene, officers spoke with the victim who stated that she had just been assaulted and the suspect was in his bedroom with a knife. After observing the suspect with the knife in his hand, officers safel removed all parties from the residence and began to speak with the suspect. Over the course of nearly two hours

Officerr Kristi Stebila developed a rapport with the suspect and was able to talk him into coming out of the residence peacefully. He was charged with 3rd Degree Aggravated Assault and Unlawful Possession of a Weapon, and transported to Community Medical Center for mental health treatment. I’d like to commend Officer Kristi Stebil for her effectiveness, compassion, and patience while speaking with the suspect, as well as officers Damon Korpon, Robert King, and Kevin Corrigan for their professionalism, and ensuring the safety of everyone in the residence. On a daily basis, mental health calls are among the most dangerous. I could not be more proud of all of my officers for their dedication to making sure at the end of the day everyone goes home safe.” ~Chief Mitch Little

Approximately 3:00 PM – Officers received an alert from the Jackson Police Department for a vehicle wanted regarding a burglary within their jurisdiction. About forty minutes later, while on patrol, Sergeant Shan Ruiz locate the vehicle and the operator, Juan Alston. 27 of Toms River, on Green View Way. Officers from the Jackson Police Department responded to the scene, subsequently taking Mr. Alston into custody and transporting him back to the Department.

Approximately 2:25 AM – Police and EMS were dispatched to the intersection of Hooper Avenue and South Shore Drive for a reported motor vehicle accident involving an entrapment. Upon arrival. the vehicle was located in the marsh, flipped over with the occupants trapped inside. The two passengers were uninjured and manage to fret themselves but the driver, Paolo Helfers-Lariva, 28 of Toms River, was trapped and submerged in the water. Multiple officers enter the water in an attempt to free the driver. With the assistance of Silverton EMS and Silverton Fire Department. The driver is eventually freed and CPR was immediately initiated. Mr. Helters-Lariva was transported to Community Medical Center where after extensive efforts he was ultimately pronounced. The initial investigation revealed that the vehicle was traveling at a high rate of speed heading south on Hooper Avenue when it lost control and left the roadway and struck a pole before overturning in the marsh. Also assisting on scene was the Ocean Counts Sheriff’s Department CSI Unit. The accident remains under investigation by Toms River Traffic Safety Officer, Corporal Terry Warren.

Approximately 2:40 AM – Police units were dispatched to the intersection of Ocean View Drive and Brookside Drive for a reported motor vehicle accident. The initial investigation revealed Esmeralda Menes, 24 of Lakehurst, had crashed into a concrete wall on a residential property. She was placed under arrest and charged with driving while intoxicated, reckless driving, and failure to maintain lane. The accident is being investigated by Officer Anthony Clans.

Approximately 3:45 PM – Police units were dispatched to the intersection of Route 37 and Hooper Avenue for : reported motor vehicle accident. Horst Szezvoinski. 78 of South Toms River. was in the left lane headed westbound on Route 37 East when he mav have suffered from a medical episode. and ran off of the road up onto the center median striking multiple light stanchions, and coming to final rest in the intersection. Off Duty Seaside Park Office Ran Stack pulled up on the crash. and along with good samaritians. broke the vehicle window to remove Mr Szczypinski from the vehicle and began CPR. He was then assisted by multiple TRPD officers who provided oxygen, utilized a defibrillator. and continued CPR A pulse was regained, and Mr. Szczypinski was transported to Community Medical Center, he was alert and talking to the medics. The NJDOT responded to the scene to repair the lights. Also assisting on scene was the Ocean County Sheriff’s Department. The accident remains under investigation by Irainic Safety Officer Adam Koeppen.