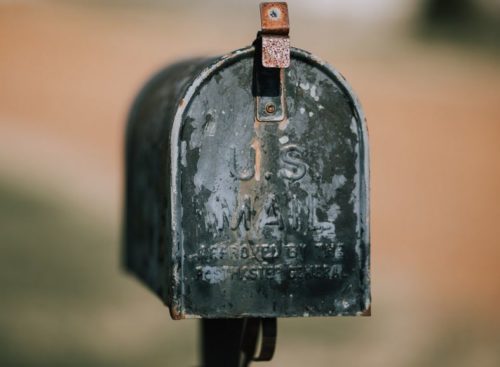 I wanted to take this opportunity to weigh in on an issue that has been raging in our community for the past short while: the get refusal issue.

I want to state this very clearly right from the beginning: I am not taking a side in this.

I don’t know the details of any of the stories, and I am not someone in a position to take a stance one way or another. I do find it reflexively repulsive that people would withhold giving a get until they receive what they want. Holding a woman hostage because you don’t like how things turned out is not okay. It’s a horrible, terrible thing to do. But it’s also important for outsiders to understand that these situations are not always so clear-cut and straightforward.

Let me give you an example. About seven years ago, a friend of mine’s marriage fell apart. What began as normal spousal arguments quickly ballooned into a crisis that no rav or therapist was able to help fix. They didn’t see eye to eye on anything and they didn’t share the same values anymore. Divorce was inevitable. As negotiations of the split began, he was advised not to immediately give a get to give him at least some leverage in the negotiations. But my friend, being a mentch, gave the get immediately; he didn’t want to be part of the growing problem of get refusers.

Almost immediately after she received the get, his now ex-wife walked into family court and started lobbying false accusations against him, claiming that he was beating the kids and abusing her. These supposed “issues” were never brought up beforehand and played no part in them splitting up in the first case. There was never a single report or previous complaint from either her or the children supporting her claims, and the children adored him, but somehow her accusations were accepted in court. His lawyers fought valiantly for him but to no avail. She received full custody of the children and he didn’t even get visitation rights. She then picked up the kids and moved across the country so that there was no way for him to see his children again. And, indeed, he has not seen his children in six years. Why? Because a vengeful ex-wife decided to use her power to wreck his life. Imagine for a moment his pain and suffering.

Now, ask yourself, did he make the right decision to give his wife a get? Was being a mentsch worth suffering for literally the rest of his life? Was having his children torn away from him a fair trade for him giving up the little leverage he had over his wife who was clearly wicked, for the sake of being nice?

I am not arguing that any of the current get refusal cases are the same or even similar as my friend’s. All I am saying is that it isn’t a blanket truth that refusing to give a get is a bad thing. In fact, sometimes it is the only way to get a disturbed spouse to be sensible about a split, and in many cases it’s the only way for a father to ensure his children will be kept in a frum home.

I know it’s true, because I saw it with my own eyes.