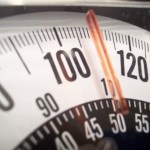 If the price of regular soda and other sweetened beverages increased by 18%, people would consume an average of 56 fewer calories a day and lose about 5 pounds a year, according to projections in a study out Monday in the Archives of Internal Medicine. To come to this conclusion, nutrition researchers at the University of North Carolina studied the eating habits of more than 5,000 young adults over a period of 20 years and found associations between higher food costs and lower calorie intake. A $1 increase in soda was associated with a decreased intake of a 124 calories a day,

and therefore a decrease in body weight.

Based on that finding, the researchers suggest that an 18% price increase on soda would result in the decline in calories and a 5-pound annual weight loss, which would mean a decrease in weight-related diseases like diabetes, heart disease and cancer. “It’s a pretty significant weight loss,” says senior author Barry Popkin, a nutrition professor at the University of North Carolina. “What shocked me is that it’s a much higher weight reduction than we expected. If we could reduce everyone in America’s weight by five pounds, they’d be happier and healthier.”

The study’s lead author, Kiyah Duffey, also of UNC, says “finding ways to reduce the amount of money spent on beverages, like switching from soda to tap water, could mean considerable savings for both your wallet and your health.”

But Kevin Keane, a spokesman for the American Beverage Association, which represents the non-alcoholic beverage industry, says the study “is not representative of real world eating habits, It picks and chooses what foods to look at with narrow presumptions about how foods might be substituted for one another.”

This research adds to the argument for a so-called soda tax. For several years, some obesity experts have recommended a federal excise tax on soda and other drinks sweetened with sugar, high-fructose corn syrup and other sweeteners. They say these kinds of taxes could cut consumption of high-calorie soda and help obese Americans lose weight. This idea is modeled on the extra taxes levied on tobacco products, which have been effective in reducing their use.

“People have been recommending this tax, but they haven’t had data on the net effect,” Popkin says.

“A tax on soda won’t work,” Keane says. Another study showed that 20% tax hike on soda would not make a measurable difference for obese people on a bathroom scale, he says. APP