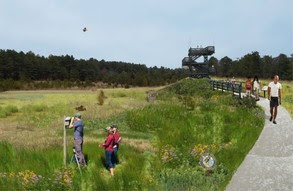 Toms River Mayor Maurice “Mo” Hill released a statement this evening in support of the proposal announced earlier this week by the New Jersey Department of Environmental Protection regrading the site of the former Ciba-Geigy Superfund Site in Toms River.

“Preserving 1000 of open space is great news for the residents Toms River who are all concerned by the impact of overdevelopment on the quality of life in our community,” Mayor Hill said.

“So long as the pollution has been successfully remediated, making the site safe for public access, the proposed nature preserve, park, trails, a boardwalk, and environmental center would be would be a great enhancement for our residents and a potential boom to our tourism industry,” he added.

In 1983, the site was listed on the National Priorities List as an EPA-lead Superfund Site due to significant contamination of soil and groundwater resulting from improper chemical waste disposal. Plant operations ceased in 1990.

Under the proposal, approximately 1,000 acres would be permanently preserved for the benefit of the public, with hundreds of acres to be restored through a variety of ecological improvement projects.

The Mayor, however, made several requests from the state, including an appeal for an exhibit detailing the damage caused to the community, as well as fund to compensate victims.

In addition to walking, running, hiking, opportunities for the public, an environmental education center will be constructed to provide natural resource interpretation programs for the public.

The project could break ground in the spring of 2023, become open to the public in phases, and be complete within the next five years.

“I urge all Toms River residents to support these proposals, and to make their own comments during the 30 day comment period,” Hill added.

Public comments can be made here: https://www.nj.gov/dep/nrr/settlements/index.html