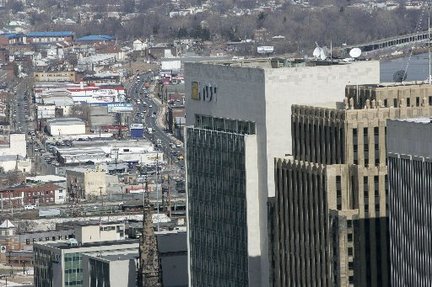 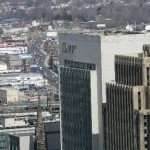 New Jersey has made plans to consolidate state offices in Newark into two buildings — including the landmark IDT tower — saving up to $10 million a year, the Treasury Department said yesterday. After years of planning and negotiation, the state signed letters of intent Friday on two 10-year leases, which will cut its office space in Newark from 620,000 square feet to 580,000 square feet by 2011, Treasury spokesman Tom Vincz said. A range of departments will become neighbors, such as the departments of Children and Families, Labor, Human Services, Treasury and Labor, as well as legislative and economic development offices, Vincz said.

“Everything else in that neighborhood is trading in the high teens,” said Gregory Barkan, the Saddle Brook-based vice president for brokerage services for CB Richard Ellis. “In my opinion, rents in that part of Newark should be trading in $18 to $20” per square foot, with renovations.

The state chose two low bidders out of six that were asked for a final offer, Vincz said.

Jeff Kolodkin, a senior vice president for commercial real estate firm Grubb & Ellis, represented Verizon New Jersey in its unsuccessful bid to attract the state to 540 Broad St. He insisted the deal is not finalized. He said the state was asking for renovations of about $40 per square foot to the Class B office space.

“It was extensive,” he said of what the state is asking. “Everything from the latest in wiring to efficiency of workflow and space.”

The state budgeted for $20 million in lease consolidations in Newark for the current fiscal year that did not come through. Andrew J. Merin of Cushman & Wakefield said the deal was the largest he’s heard of in New Jersey since at least 2007. Star Ledger