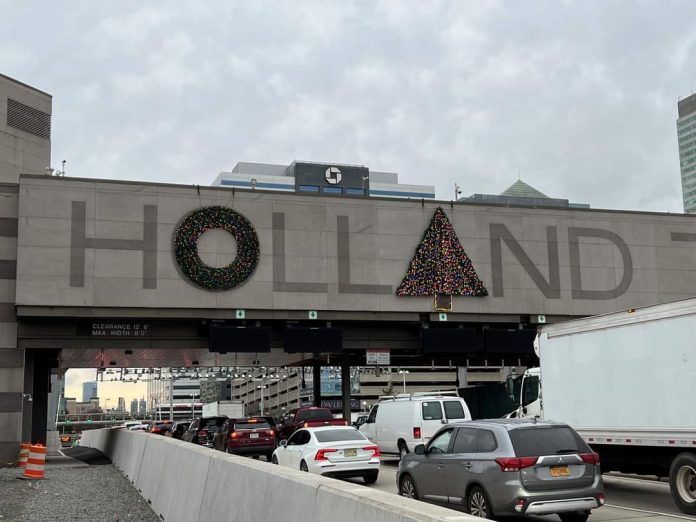 Beginning at 11pm on Sunday, February 5, through 2025, the New Jersey-bound tube of the Holland Tunnel will close during off-peak hours six overnights each week to accommodate extensive and critical repairs from damage caused by Superstorm Sandy.

Similar New York-bound traffic closures that began in April 2020 will end at 5am on February 4 as the Port Authority of New York and New Jersey completes repairs and storm resiliency projects related to Sandy damage in the tunnel’s south tube.

The work that must be undertaken in both tubes of the 1.6-mile-long tunnel during the overnight closures include repairs to and replacement of mechanical, electrical, communications and plumbing systems damaged by latent salt from Sandy seawater flooding, as well as repairs to architectural, structural and civil elements of the tunnel infrastructure.

These systems suffered major damage when 30 million gallons of brackish water entered the tunnel through the New Jersey portals and ventilation buildings in the aftermath of Sandy, which struck the New York metropolitan area in October 2012.

Short-term measures were deployed within a year after the storm to address flood mitigation concerns, such as the installation of removable flood-proof barriers at ventilation buildings, concrete barriers at the north (New Jersey-bound) tube exit portal and the New Jersey administration building, and the purchases of emergency generators, pumps and deployable fillable barriers.

The work will also include thorough wash and removal of sea salt residue from the roadway, tunnel signage, access doors and egress paths.

During the closures, drivers should use alternate routes to New Jersey, such as the George Washington Bridge, Lincoln Tunnel, Staten Island bridges, depending on their destination.