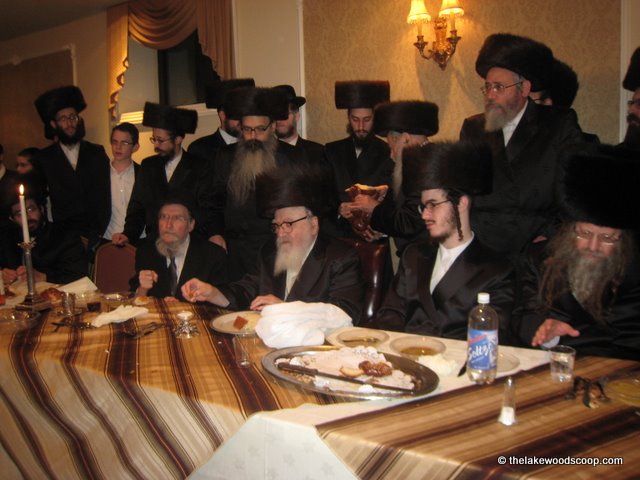 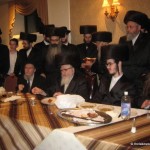 PHOTOS & VIDEO of the Skverre Rebbe Shlita from New Square attending the Sheva Brachos of his grandchild last night, which was made by Rabbi Gissinger Shlita at his Shul.  Also in attendance, were the Roshei Hayeshivah Reb Malkiel and Reb Yeruchem Shlita, the Skverre Dayan Shlita, the Satmar Dayn Shlita, Reb Shmuel Blech Shlita and Reb Simcha Bunim Cohen Shlita as well as several noted Askonim including R’ Menashe Frankel and R’ Meir Lichtenstien. Hilly Hill entertained the Chosson and Kallah with Badchonos. Video of  the Badchonos was not posted upon request.