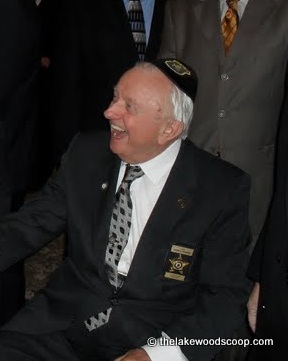 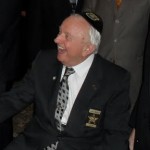 Longtime Ocean County Sheriff William L. Polhemus has tapped his former undersheriff to replace Wayne R. Rupert, who died in October, according to a report in the Patch. William T. Sommeling’s appointment is slated to be announced at the Ocean County Board of Freeholders meeting Wednesday, said Mary McCue, Polhemus’ secretary.

Sommeling, 77, previously served as Polhemus’ undersheriff for many years.

Sources say Polhemus, 83, wants to run for another term as Ocean County sheriff in 2012.

Freeholder John P. Kelly said this afternoon that he has been interested in the sheriff’s position for years, but only if and when Polhemus decides to step down. Read more in the Patch.

Wayne Rupert died after falling from the roof of his vaction home. He was 68.

See TLS Video and Photos of his funeral here.

Pictured, is Sheriff Polhemus at a Dinner in Lakewood.