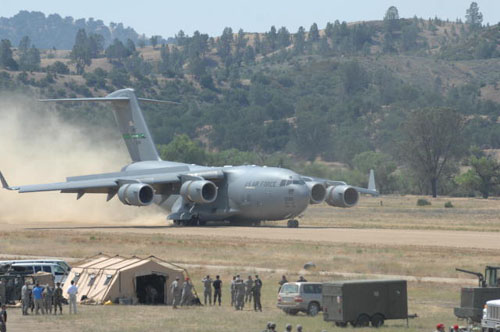 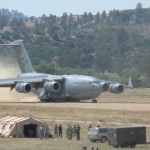 (See previous post with Chaplain Captain Rafael Berdugo) Military cargo planes continued to fly Americans from earthquake-ravaged from Haiti to a New Jersey military base on Saturday. Several hundred evacuees have arrived at McGuire Air Force Base since Friday, and officials said more flights were expected Saturday night. The base has set up an evacuation center, where the evacuees can get clothing, be examined by a doctor and receive mental health counseling and other services. “”Our goal is to make sure they have resources they need to get home,” base spokeswoman Angel Lopez said. There are a lot of military personnel working hard to make them at ease.”

Roughly 430 evacuees, flown in on C-17 Globemaster 3 aircraft, had arrived at the base by late Saturday afternoon, Lopez said.

Rows of cots filled the base gymnasium, and televisions, toys and other items were available for the arrivals. But few evacuees were expected to stay at the base for an extended period of time, Lopez said, noting that most will be picked up by relatives or arrange transportation to their homes in other states.

“”Obviously, the evacuees want to get back home and be with their friends and families,” she said. APP