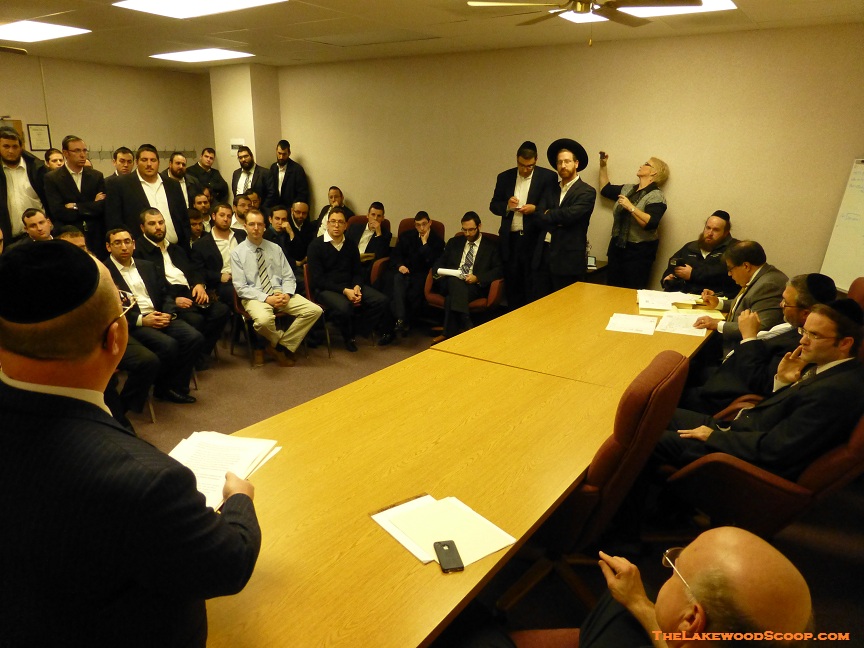 PHOTOS & VIDEO [UPDATED 12PM] About one hundred homeowners living in the vicinity of the homeless camp off of Cedarbridge Avenue are demanding for their quality of life to be restored after years of suffering.At a meeting this evening at the Township Municipal building, auestions such as, “Why are they allowed to break the law”, and “Can the land be sold to a private entity who could then evict them”, and “Where is the line drawn”, were some of the questions posed at Township Committeeman Meir Lichtenstein, Committeeman Albert Akerman, the Township Attorney working the case, and to Police Chief Rob Lawson.

Residents say it has come to a point that their families are simply afraid and disgusted to walk near their homes due to the fact that the homeless people publicly urinate on their lawns, throw beer bottles and trash around their homes and openly deal with drugs – something they don’t want their children exposed to.

The illegal fires are causing a serious health concern for children with athsma and other health conditions, residents said.

Officials, mainly Committeeman Lichtenstien and the Township Attorney litigating on behalf of the Township, took notes of the detailed complaints by the concerned and upset homeowners, and promised to process their concerns to be used for further litigation and in hopes of resolving the contentious matter once and for all. TLS.

Video will be pusblished later.