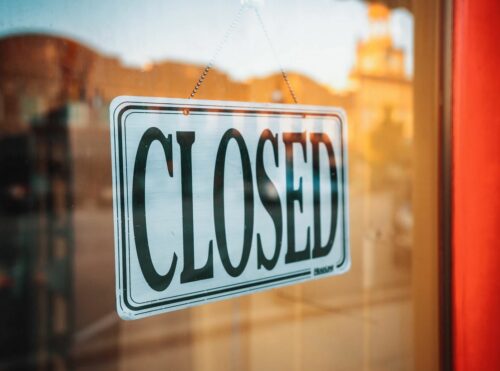 An extensive scientific study of close to 10 million people in the Chinese city of Wuhan, where the coronavirus first emerged, yields encouraging news about the spread of the virus and undermines the case for preventative lockdowns. The study included scientific institutions in the U.K. and Australia, as well as China.

Of nearly 10 million people in the study, “300 asymptomatic cases” were identified. “Contact tracing was then carried out and of those 300, no cases of COVID-19 were detected in any of them. A total of 1,174 close contacts of the asymptomatic positive cases were traced, and they all tested negative for the COVID-19,” the analysis noted.

Just as important, virus cultures in all asymptomatic carriers were negative, “indicating no viable virus” in positive asymptomatic cases detected in this study.

Senator Joe Pennacchio and Senator Mike Doherty today said the study contradicts many of the heavy-handed tactics utilized by the Murphy Administration during the pandemic.

“The Governor has been saying all along that he was following the science, but he has never divulged the sources of his data,” said Pennacchio (R-26). “Science has never supported Murphy’s aggressive stranglehold on the economy, which has done more harm than good for our state. The failure to apply science and data to the Administration’s public policy was also questioned by some of those within the state department of health.

“This science-supported study makes it even more clear that lockdowns and restrictions on business may be completely unnecessary,” Pennacchio said.

“This is exactly why the Governor and his Department of Health must do a better job interpreting and monitoring COVID testing,” said Doherty (R-23). “Policies that treat asymptomatic patients as highly contagious are misleading and disruptive. A public health emergency is no excuse to disregard medical and scientific evidence. Murphy edicts that are crippling the state economy and costing thousands of jobs are based on nothing more than emotion, and that has to stop before it is too late.”

Pennacchio and Doherty recently chastised the Administration for its failure to apply science to interpretations of PCR COVID test results.

In a press release, the Senators cited an Oxford study completed in May that found PCR tests, by over-cycling specimens, can deliver false-positive results.

“The Administration has concluded the false positives are indicative of asymptomatic spreaders. This doesn’t make sense,” said Pennacchio.

“We have multiple studies basically saying if an individual is not demonstrating symptoms, they may not likely spread the virus. Murphy is using flawed data to determine public health policy. He is unnecessarily forcing New Jersey businesses and families into financial ruin,” continued Pennacchio.

The Wuhan study comes on the heels of announcements by the World Health Organization and Dr. Anthony Fauci rescinding their support of lockdowns.

In October, the World Health Organization announced it has just “reversed” its position and now “admits” that Covid-19 coronavirus lockdowns are harmful.

Five days later, Fauci, the director of the National Institute of Allergy and Infectious Diseases said, “We want to use public health measures not to get in the way of opening the economy, but to being a safe gateway to opening the economy.” The Doctor spoke during an interview with CBS News Chief Medical Correspondent Dr. Jonathan LaPook.

In a letter three weeks ago, Senator Doherty challenged Murphy to update the way positive COVID tests are reported to minimize unnecessary disruptions for state residents. He did not receive a response, and some labs in the state continue to cycle PCR tests well beyond the recommended levels for accurate results.

“This over-cycling of patients specimens may be contributing to the absurd number of asymptomatic positive results,” said Doherty. “I don’t understand why the Administration doesn’t insist on accurate testing and science-backed research.

“A pandemic is the wrong time to allow ego to interfere with sound public policy.”