Report: 1 In 7 N.J. Homeowners Owe More Than Property Is Worth 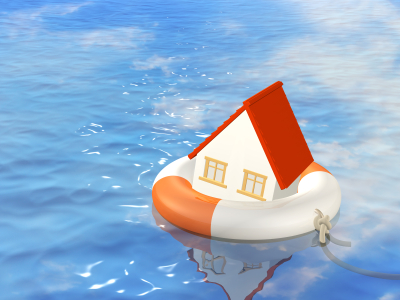 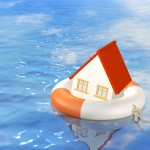 Nearly one in seven New Jersey homeowners owe more on their mortgage than their property is worth, according to a recently released nationwide study. New Jersey, though, fared significantly better in the third quarter than the national average, in which nearly 23 percent of U.S. homeowners were grappling with negative equity. The study by First American CoreLogic, a real-estate information company in California, is reflected in the ongoing phenomenon of “short sales” – the term for when the proceeds from a house sale are insufficient to pay off the mortgage. In New Jersey, there were 290,838 mortgages, or 15.4 percent, in which the homeowner owed more than the value of their property as of September.

“Negative equity continues to be pervasive and to impact almost every segment of the housing market,” said Mark Fleming, chief economist with First American CoreLogic.

Typically referred to as “under water” or “upside down,” negative equity typically
results from a decline in value, an increase in mortgage debt or a pernicious combination of both, the company noted.

Adjustable-rate mortgages, defined as a loan with an interest rate that can rise, also have been a factor, the report stated.

Lyle Wolf, owner of Exit Realty Gold Service in Mountain Lakes, is among the Realtors handling short sales in the Morris County region.

“Morris County is not as bad as a lot of other places in New Jersey. We’re a fairly
wealthy place in general,” he said.

Steve Alessandrini, vice president of corporate communications for Weichert Realtors in Morris Plains, was encouraged by New Jersey’s loan-to-value ratio … the amount of the mortgage expressed as a percentage of the value – of 62 percent.

“New Jersey actually had one of the lowest loan-to-value ratios. That’s a good sign that, collectively, New Jersey homeowners are not overly leveraged,” Alessandrini said.

He added that, for many homeowners with negative equity, the problem might prove self-correcting.

“The largest number of people who are currently under water are those who have bought their homes in the last few years. If they’re going to be in their home seven to 10 years, that’s not likely to be a problem when it comes time to sell,” Alessandrini said.

Negative equity, while national in scope, is heavily concentrated in five states, the study found. Nevada, with 65 percent, had the highest percentage of negative equity. Florida and California, with 45 percent and 35 percent respectively, had 4.4 million, or 42 percent, of all negative equity loans.

Nationwide, homes bought in recent years with low or no downpayments clearly played a role. Experts generally advise making a downpayment of at least 20 percent of the property’s value, though many prospective homeowners secured loans with far less cash on hand.

“We still have that problem with FHA mortgages,” Hughes said, referring to Federal Housing Administration regulations, currently under review, allowing for downpayments of as low as 3.5 percent.

The First American study was based on 47 million properties with a mortgage, representing more than 90 percent of the nation’s mortgages. It used public record data, including first mortgage and junior mortgage liens, the company said. Dailyrecord.com.