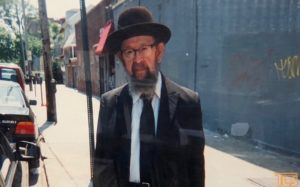 Q: What do you think about the election of Carter to be our next President?

A: I haven’t the slightest knowledge about Carter. But I hope that Hakodosh Boruch Hu will give Him His blessings and give him success. Now that he’s been elected, it’s a mitzvah to daven for Carter.

It’s a mitzvah. You have to be mispallel b’shlom malchus; every Jew has to pray for the benefit of the government. Now that he’s been elected we daven he should be well; he shouldn’t catch a cold. He shouldn’t be bothered by the liberals. He shouldn’t have any wars in his time. And בימיו תושע יהודה וישראל ישכון לבטח (Yirmiyahu 23:6), in his time the Jewish people should be happy and prosperous and Moshiach should come. That’s the best I can tell you.

A Jew must pray for his government. It’s very important. It’s a mishna in Mesichta Avos (3:2); plain and simple we must pray for the government. And even if you haven’t done it till now, it’s a good time to begin. From now on think about it sometimes, and say it. Even when you’re on the street walking, say a little prayer for the President and for the Vice-president, and don’t be ashamed. Don’t worry that you might be ridiculed by somebody – let nobody know about it. But you should know that you’re doing the duty of an Orthodox Jew.

And so, our best wishes are given to the incumbent, President-elect Carter, and Hakodosh Boruch Hu should help him – and us.
TAPE # 144 (November 1976)

FROM TAPE 337 (November 1980; after the election of President Reagan)

“The American nation has finally shown that we disapprove of these wicked liberals. This last election, a landslide, really was a revolution against the crazy liberals! And it’s time we threw them out of the city governments and state governments too; we have to get rid of them everywhere because they are ruining America. They are the ones because of whom crime is flourishing. They are the ones that caused America to be now a second-rate country and the Communists are taking over everywhere in the world – even in Central and South America. That’s why Russian airplanes now fly over American cities. You know there’s a Russian airplane station in Cuba and they overfly the Floridian cities and no one can say anything to them. Soon they’ll be near Washington. And if President Carter would have continued in office there could have been Russian tanks in Washington D.C. and he would have send a telegram to the Russians: “What are you doing with your Russian tanks on Pennsylvania Avenue?! I’m going to stop sending the next shipment of Pepsi Cola to you if you keep this up.” It’s only due to these crazy people that the world is upside-down.