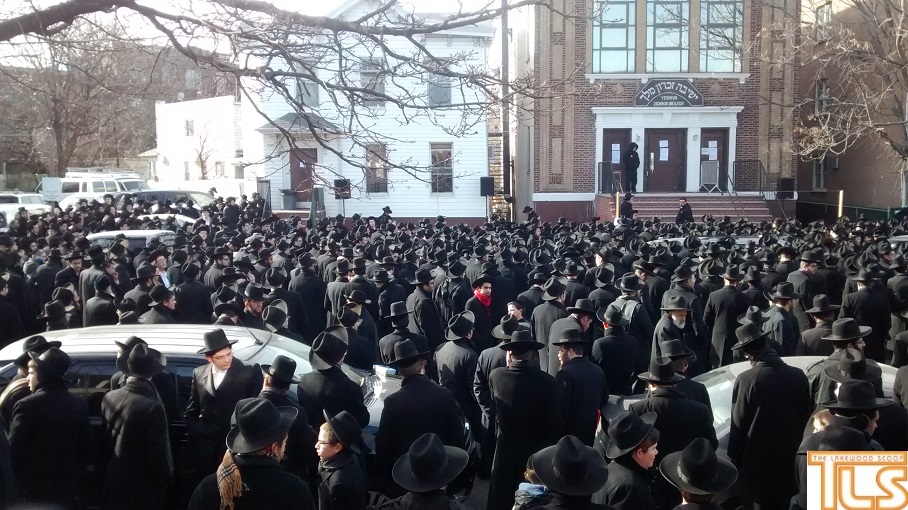 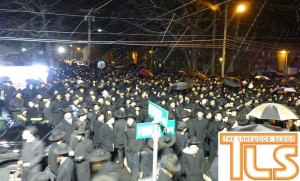 After the Batei Midrashim at BMG quickly filled up, the overflow crowds poured into the nearby parking lots and streets. The roads in the vicinity were shut, with multiple emergency personnel from Lakewood First Aid, EMS and Hatzolah on standby. 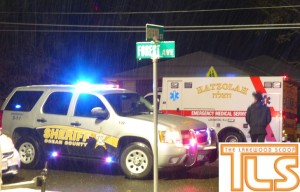 But despite the massive crowd, there were no reports of serious injuries during the approximately four hour Levaya.

Askonim credit the smoothness of the event to the well-oiled coordination and cooperation between the multiple different emergency agencies, including Police, Sheriff’s Officers, EMS, Lakewood First Aid, Chaveirim, LCSW and Misaskim. 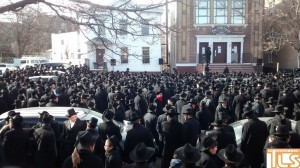 The bottom photo is of the Levaya in Brooklyn.