Police Officers, EMS, Others Awarded for Heroic Acts During 2012 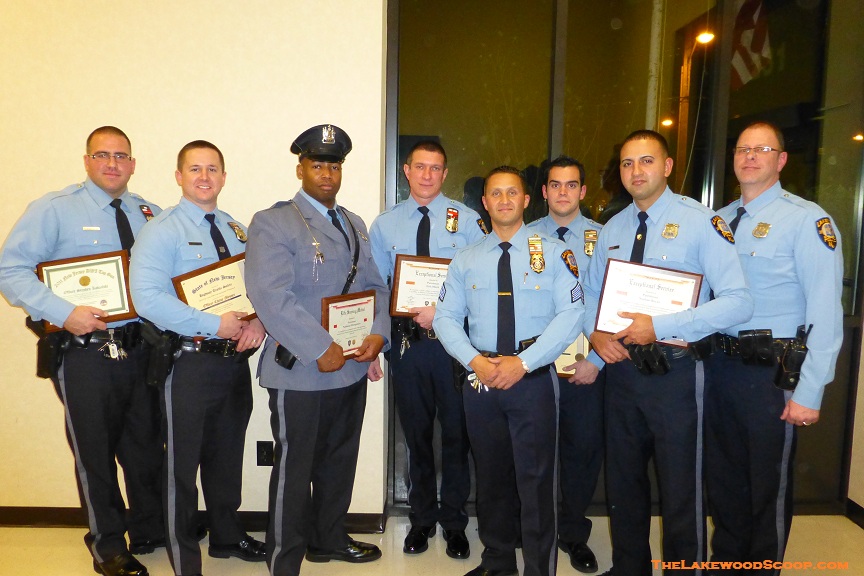 PHOTOS: A number of officials and civilians were honored by the Township Thursday evening for their heroism, exemplary actions and going beyond their call of duty, making Lakewood a better and safer pleace to live during the year of 2012.

In what the Police Chief Rob Lawson calls one of his favorite ceremonies as Chief, about fifteen officers were honored with a plaque in recognition of their outstanding performance and service to the department and community.

For each officer who received a plaque, the Chief had a story to tell.

Some were heroic acts such as apprehending armed suspects, pulling  a pedestrian out of harms way, or performing CPR on a patient who later goes on to make a full recovery.

The Township also recognized Dovid Taplin, the individual identified as having apprehended a suspect trying to burglarize his vehicle one early morning several months ago. The suspect, arrested by police, was responsible for multiple burglaries around Lakewood – as reported on TLS at the time.

Another civilian, Douglas Vogel, was recognized for his heroic act of selflessness when he pulled a pregnant woman out of an overturned vehicle, saving her life. TLS.