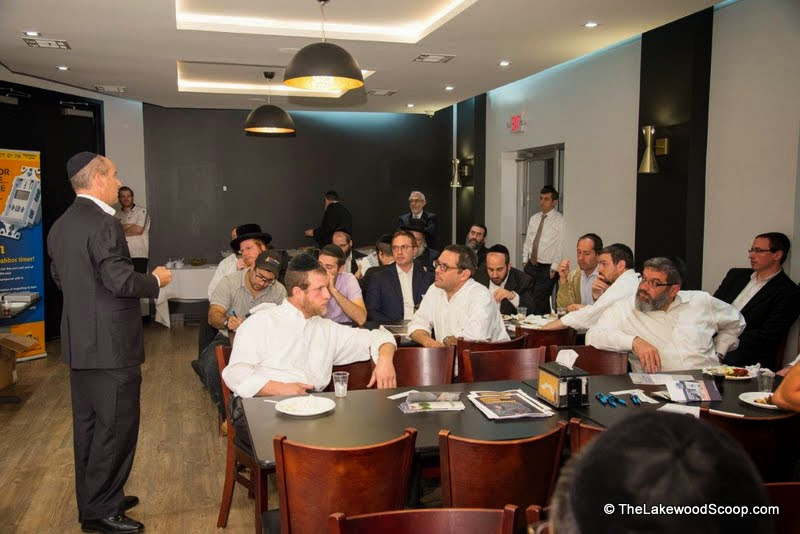 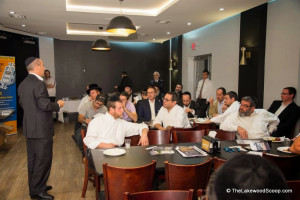 The events gave contractors a firsthand glimpse of the years of efforts that went into developing the all-new Zman Switch. It showcased the amazing capabilities and intuitive design that will change the way the Shomer Shabbos community manages their home lighting and electricity on Shabbos and Yom Tov.

As company co-owner, Mr. William Thea, noted in his presentation, his family has put their three-generation prominence in component manufacturing and distribution, as well as an exhaustive level of time, money and resources into developing a product that is geared to the unique challenges presented by Shabbos and Yom Tov. He noted the fundamental differences of a product such as this, in contrast to other devices on the market that can be manipulated to accommodate Shabbos to a limited degree, while still leaving a considerable burden on consumers to manage and maintain.

Mr. Thea noted that this device is actually the first in a series of products currently in development that will address some of the challenges to Shabbos and Yom Tov posed by modern electronics and appliances. In fact, a number of these products are being developed at the behest of the rabbonim. They are grateful to have a company that has dedicated itself to working with leading halachic and technical experts to address some of the serious concerns posed by today’s contemporary appliances.

Mr. Thea told that the assemblage that Zman technologies should be viewed as an initiative “by the community for the community.” He asked them to see themselves as liaisons of the company to convey the feedback, the needs and the comments from the end users of the product, so that all of these could be taken into account in the development of future products.

The first event took place at the prestigious El Gaucho steakhouse in Brooklyn with many of the community’s leading building and electrical contractors in attendance. The Lakewood event was held later in the week at the popular Yapchik restaurant, on Route 9. The highly attentive audience included a cross section of electricians, property managers, builders and developers, each drawn by their own unique interest in this innovative product and its possible applications.

Both events were chaired Reb Heshy Kaszirer of Aura Electric, who introduced the crowd to the Thea family and their impressive background in the industry. Mr. Kaszirer highlighted the significance of the company’s eagerness to engage the top management directly with the consumer base.

More Than Just A Shabbos Clock

The live demo showcased the level of sophistication of the device, which is essentially a mini computer, pre-programmed with the entire Hebrew calendar thru the year 2050, as well as candle lighting times and nightfall for any location across North America. The Zman Switch requires only a one-time setup, with all on and off preferences for Shabbos and Yom Tov then permanently set, based upon candle lighting time or nightfall. A choice of zmanim preferences allows for everyone to set it according their custom.

Most of us are familiar with the phenomenon of having to sit in the dark all Shabbos long. With the Zman Switch, once Shabbos arrives, it cannot be switched on or off until Shabbos ends, eliminating the need for tape, Velcro or light covers to prevent anything from triggering the switch. A simple Emergency Override feature easily reactivates the switch in the event of a life threatening situation.

Rabbonim have also expressed their enthusiasm for the switch’s fixed on and off presets and the automatic changeover to Shabbos mode. This helps prevent many of the mix-ups, which often result in Amirah L’akum. The parameters of Amirah L’akum are highly complex and in many cases the utilization of this leniency can be problematic or even prohibited.

In addition to enhancing the Shabbos, the Zman Switch eliminates the Pre-Shabbos stress of fiddling with timers, and for the technically challenged, it ensures proper set times each and every Shabbos.

The pre-Yom Tov season has seen a dramatic rise in demand for the switch, which will easily accommodate all the varying schedules of the Shabbossos and different Yom Tovim, without having to touch the switch even once. The 3-day Yom Tov phenomenon, occurring 3 times this year within a three week period, is an occasion where the device’s capabilities will really shine. One who eats in the Sukkah on Shmini Atzeres can have the dining room chandelier remain off for the first night of Yom Tov, which is Wednesday. He can then have it stay on late the next night, Thursday evening, for the meal following hakafos. The night after that, which is an ordinary Friday night, the Zman Switch will automatically revert back to its regular preset Shabbos schedule. This entire schedule will be held in the computer’s memory for next year, no matter what day of the week or on what secular date the Yom Tov occurs.

With its sleek, unobtrusive, modern design and superior, made-in-USA quality, the Zman Switch is ideal for every light in the home. The device’s standard weekday settings make it an easy-to-use tool for weeklong, energy-saving home lighting automation, as well. Most incredible perhaps, is the low-cost retail price of the switch; just 59.95, not much more than then a generic timer.

Eli, the Operations Manager at Zman Technologies, shared some of the innovative applications that the Zman Switch has been used for to date. The organizer of the Shabbos siren in one Brooklyn community called the Zman headquarters to thank them for finally giving him a device that will fully automate the precise activation if his siren for every Shabbos and Yom Tov, without ever needing human adjustment. Another call came in from a Mikvah in Williamsburg that installed the Zman Switch on its entrance turnstile to automatically de-activate it at the onset of Shabbos. An operations manager from a large Yeshiva plans to install Zman Switches on the water pumps for his water systems. “It’s nice to see,” says Eli, “how the Jewish ingenuity that developed the switch carries over to the out-of-the box thinking in all the many ways this technology can be applied.”

In addition to its availability at all leading electrical supply outlets, hardware and Judaica stores, the Zman-Switch can be conveniently purchased online directly from the manufacturer at www.zmantechnologies.com.