Petition To Ease Gun-Carrying Laws In NJ Gains Over 5,000 Signatures 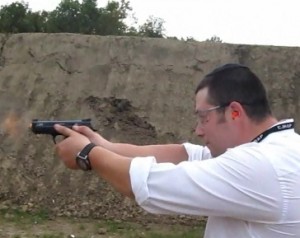 A recenlty launched petition seeking to give NJ residents more weapons ‘carry rights’ throughout the State, has already gained over 5,000 signatures. The petition, directed at the Governor and other officials, is aiming to obtain 10,000 signatures in hopes of easing the tighter gun laws once presented to officials.

The petition reads as follows.

“Dear Elected Official. The “Citizens’ Protection Act,” revises and simplifies the procedures for securing a permit to carry a handgun in the State of New Jersey. Under the provisions of the bill, an applicant for a permit to carry a handgun would be entitled to that permit so long as he can demonstrate competence with a firearm and is not statutorily disqualified. To demonstrate that competence, the applicant would be required to include, as part of his application for the permit, copy indicating his successful completion of a firearms safety or training course or class offered by a law enforcement agency, an educational institution, the military, or the National Rifle Association. An applicant who holds a permit to carry is deemed competent and need not submit such evidence.

Among the disqualifications set forth in the bill are the statutory disabilities which currently prohibit an individual from obtaining either a permit to purchase a handgun or a firearms purchaser identification card: A crime involving controlled substances; a condition involving chronic and habitual alcoholic or drug abuse; or some other physical or mental condition or disease which would make it unsafe for the individual to obtain a permit to carry a handgun.

Finally, the bill deletes subsection b. of N.J.S.2C:39-2 which provided that with regard to any firearm permit or license, an individual was deemed to be in violation of the law “until he establishes the contrary.” This approach is inconsistent with traditional American legal jurisprudence and, therefore, should be ended.

For the reasons stated above, and because the fundamental right to keep and bear arms is protected by the Second Amendment to the Constitution, we petition the Legislature of the State of New Jersey to pass this legislation as quickly as possible.