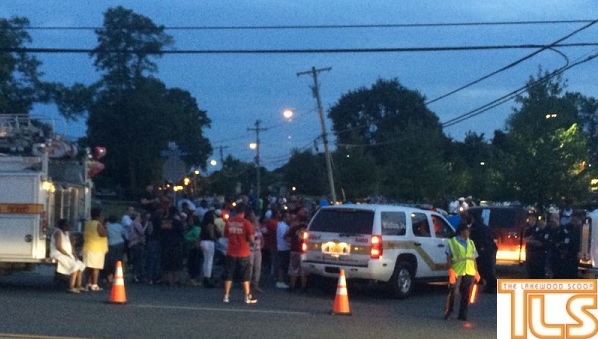 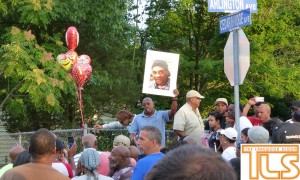 PHOTO: A candlelight vigil with over 100 people in attendance was held this evening in memory of David Rudy “Gee” Gaines, the motorcyclist who died yesterday following a motor vehicle accident.

The vigil, attended by family and some of the many friends of Gaines, took place at the intersection of Cedarbridge and Arlington Avenues, the spot where the tragic incident occurred.

Friends and family spent about two hours at the site, where they recalled stories, as well as their grief over the man who touched the hearts of many during his short lifetime.

From the moment a memorial page was setup yesterday for Gaines by The Lakewood Scoop, the condolences began pouring in, displaying the type of man Gaines was, wand what he meant to the people he came across. Whether it was the man sitting next to him at prayers, or his fellow colleagues, Gaines was recalled as an honorable, cheerful and respectable man.

Also at the vigil this evening, were firefighters from the Ridgeway Fire Department, where Gaines previously served as fire chief.

Gaines also served as a contractor for the Lakewood Inspection Department.