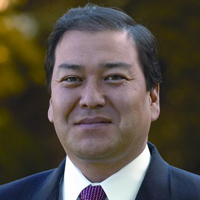 Senator Kevin O’Toole sent a letter to New Jersey Attorney General John Hoffman requesting an investigation into the recent theft of credit card numbers from millions of customers who shopped at Target.

According to media accounts, data was stolen from as many as 40 million credit and debit accounts from a breach at the department stores that began over the Thanksgiving weekend. Credit card numbers are now being sold on the black market, according to a report.

“This is a serious criminal act and we have to be aggressive in not only tracking down those responsible but in working to ensure that New Jersey shoppers are protected,” said O’Toole (R-Bergen, Essex, Morris, Passaic). “We shouldn’t sit back and rely on action from Washington in a time when hardworking New Jerseyans face the prospect of having their accounts raided, identities stolen and credit ratings destroyed.”

“We also need to explore every option of helping those already impacted recover any financial loss accrued,” O’Toole concluded. [TLS]