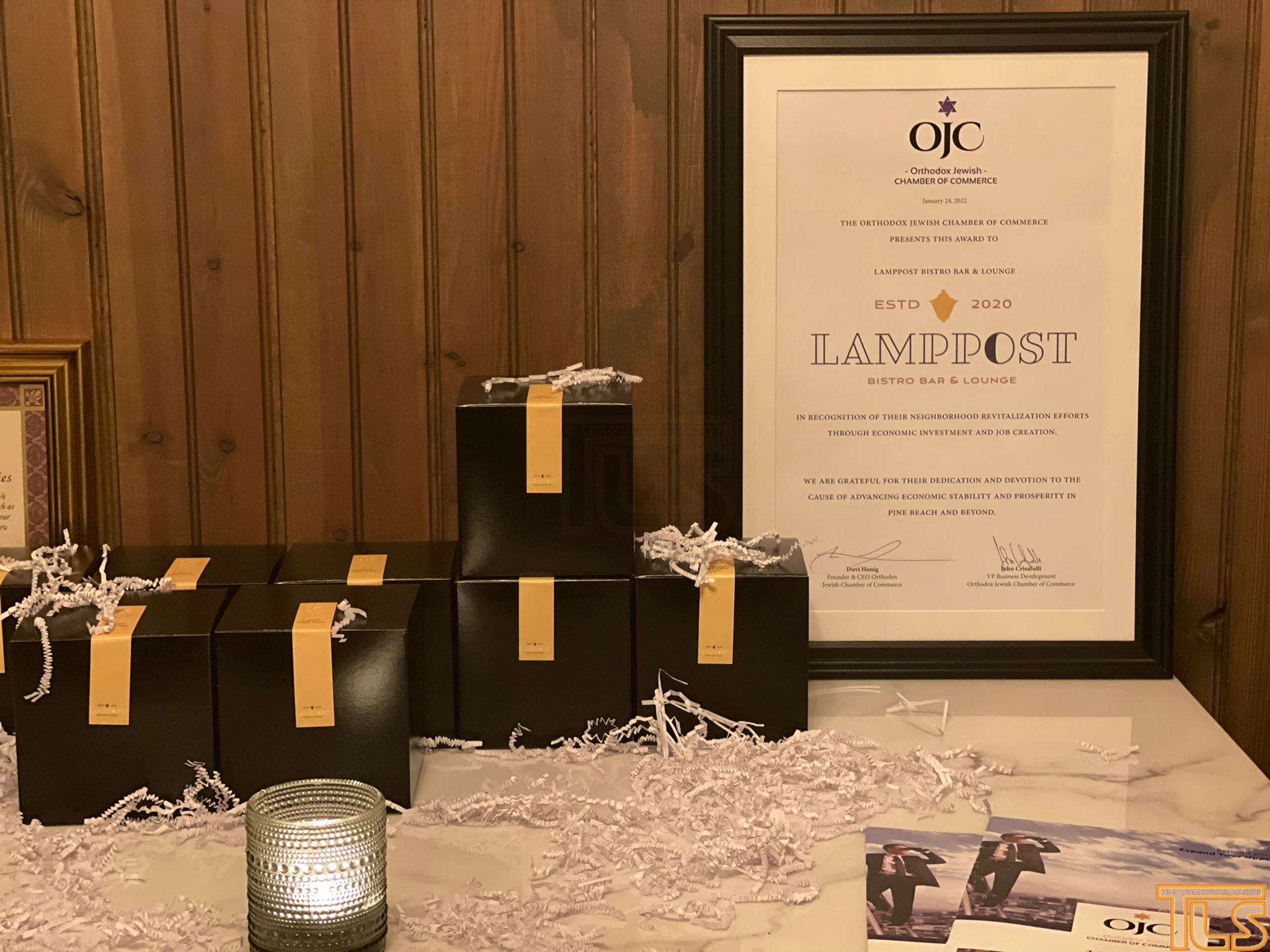 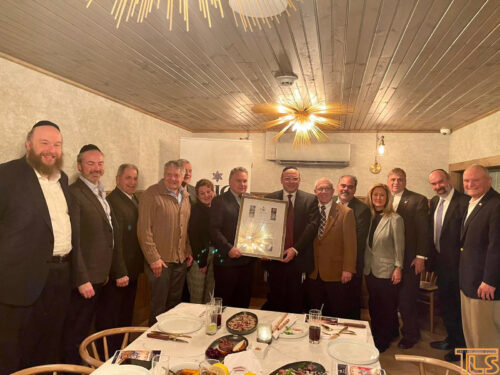 The Orthodox Jewish Chamber of Commerce on Tuesday evening hosted a VIP dinner for a broad range of government officials who are at the forefront of advancing the Chamber’s mission of building bridges via commerce, combating antisemitism, and promoting peace and harmony in the US and across the globe.

The dinner, held at Lamppost Bistro Bar & Lounge in Pine Beach, served to highlight the collaborative achievements of the attendees over the past year, and strengthened the commitment of the officials in attendance to continue the fight for freedom, equality, and against antisemitism in all its forms, both at home and abroad.

The event put a bright spotlight on the massive, worldwide network built by the Orthodox Jewish Chamber of Commerce, and the role each of the attendees play in advancing its mission of uniting the world and promoting harmony across the world via commerce. It also served as a monumental networking event, bringing together elected officials from across federal, state, county, and municipal governments to collaborate on making progress on a host of issues and agendas.

Additionally, the VIP dinner highlighted the nexus between promoting and enabling economic prosperity and the fight against antisemitism.
“Economic stability is crucial for interfaith and interracial harmony,” said Orthodox Jewish Chamber of Commerce Founder and CEO Duvi Honig. “Building relationships between various communities and demographics is step one in making progress against antisemitism and the furtherance of unity.”

Lamppost Bistro Bar & Lounge was presented with an award from Ocean County for working together with the Orthodox Jewish Chamber of Commerce to revitalize its neighborhoods.
“We applaud their commitment to improving communities through economic investments, job creation and neighborhood revitalization,” the award presented by the Ocean County Board of Commissioners said.

Rep. Chris Smith was honored with the 2021 Morris Katz Award for his efforts to combat antisemitism and boost the fight against anti-Jewish hate. Morris Katz was a Holocaust survivor who went on to become a world-renowned painter. His works of art, particularly his Presidential Collection, has been featured across the US and the world.
In remarks at the dinner, Rep. Chris Smith said that he befriended a Holocaust survivor as a child, and upon becoming a Congressman in 1981, he was compelled to become one of the greatest champions of Jews and fighting antisemitism in Congress.

“It is amazing to see how a simple act – talking to a Holocaust survivor – set the stage for Rep. Smith to become one of the staunchest defenders of Jews around the world,” Duvi Honig said following the dinner.
“It is only fitting that, in the week of Holocaust Remembrance Day, the Congressman be given the 2021 Morris Katz Award, named for a Holocaust survivor whose art is used to promote Holocaust education and the fight against hate,” he added.
Other attendees included Assemblyman John 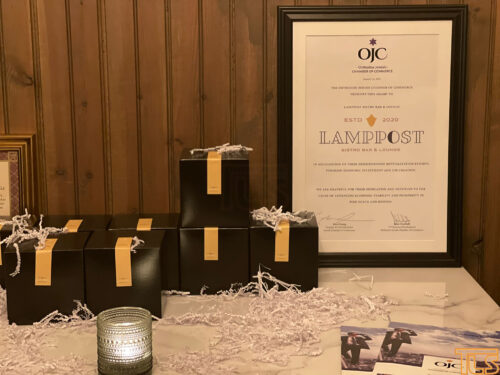 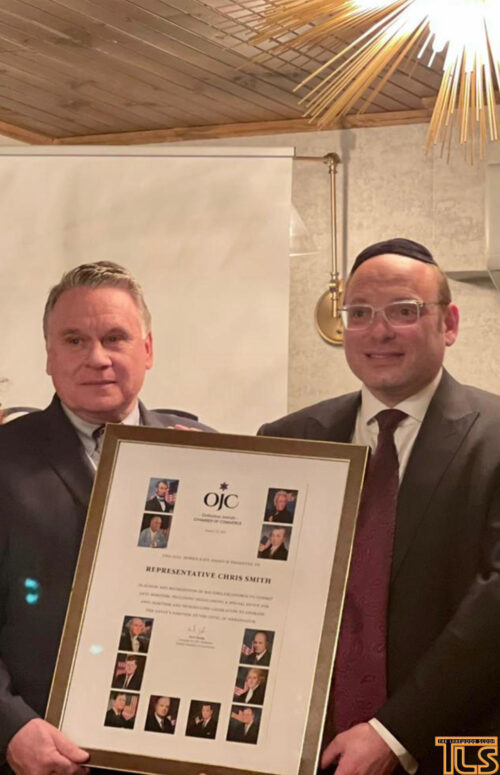 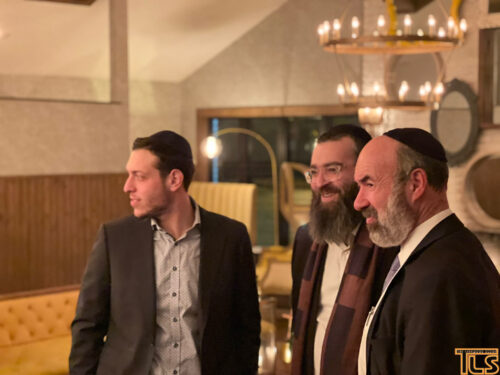 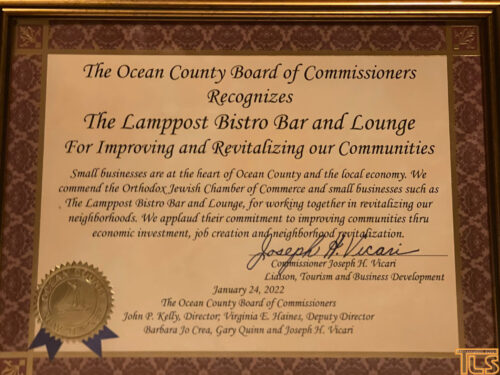 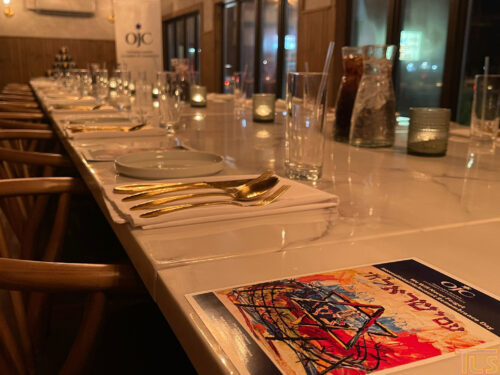 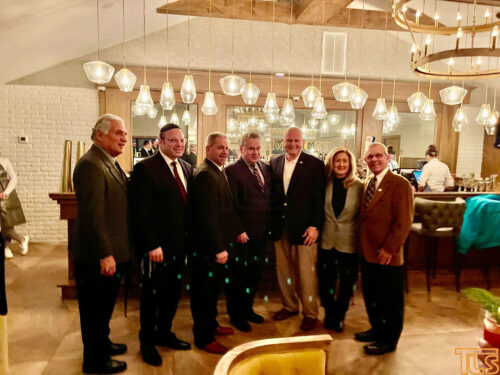 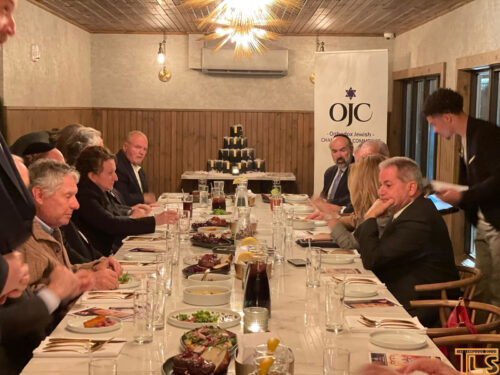 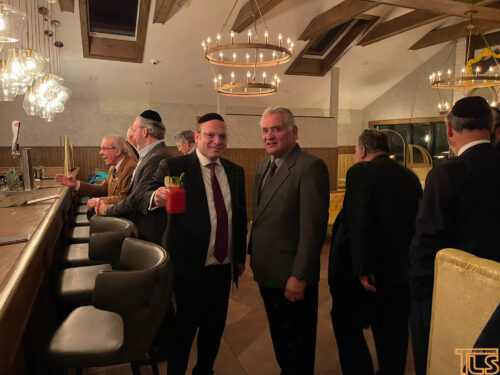 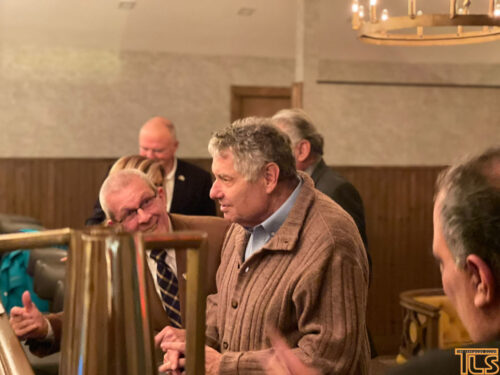 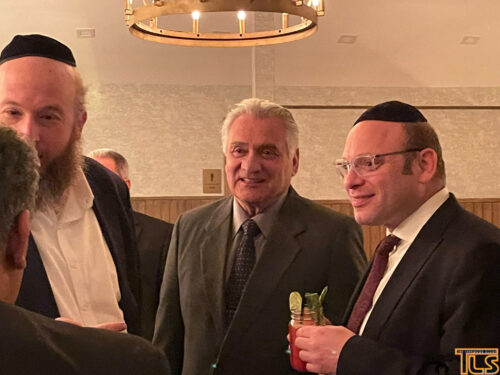 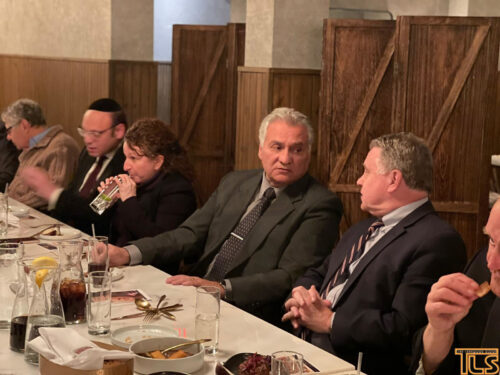 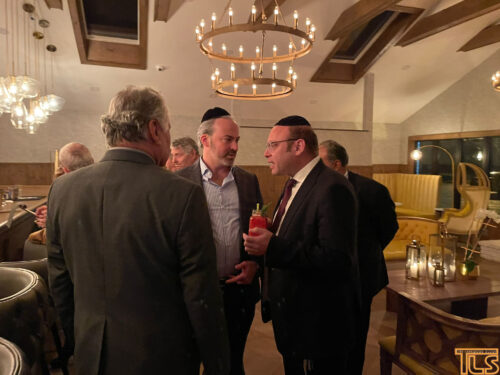 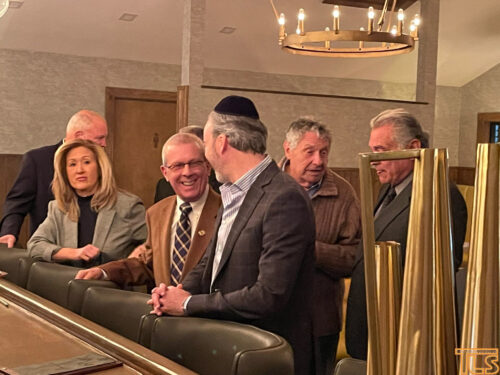 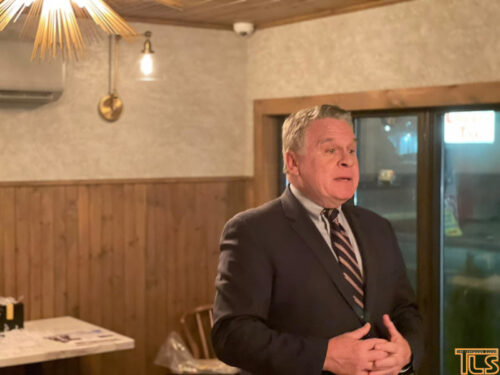 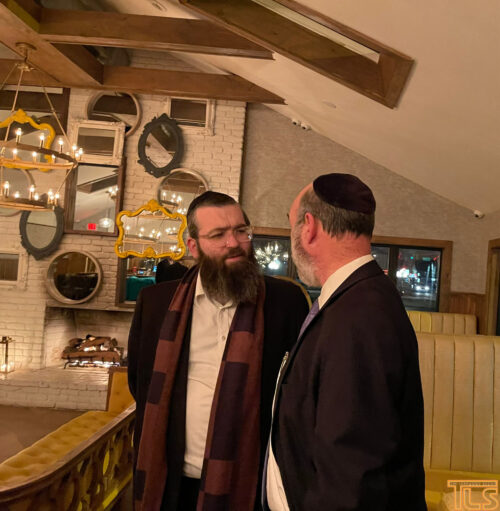 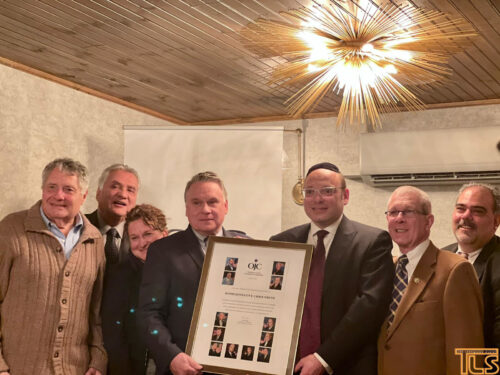