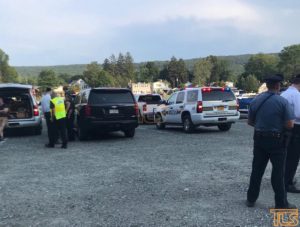 We have suffered multiple tragedies in recent weeks that captured the attention and tefillos of thousands of frum Jews across America and worldwide. The stories are eerily similar in many respects, and in all the people drowned.

I am in no position to say what the message Hashem is trying to send us is, but there are others than can and will give suggestions. Rabbanim will speak to their kehillos and madrichim will give speeches to the community. In those speeches, they will inevitably bring up matters that make people uncomfortable.

Unfortunately, we seem to be living in the age of “I will do as I want.” We only listen to mussar and make changes when it is convenient for us. Over and over, rabbanim have been warning against the internet and urging us to make tznius a priority. But take a look around Lakewood – things are getting progressively worse. What was once a town that breathed Yiddishkeit, impeccable values and a strong moral compass, seems to be degrading before our very eyes. Everywhere one looks we see the fabric of Lakewood being torn apart at the seams. The life that our parents – and for some of us, grandparents – lived in this town, no longer exists, except for perhaps in some small pockets of the community. It isn’t necessary for me to point certain obvious ways that this downward spiral manifests itself and I don’t feel it’s necessary to stir the pot. The point is that you, I and everyone else knows what I’m talking about.

And so we have our leaders getting up and saying that we need to change. In many ways we need to revert to old habits, to the ways we were taught in our younger years. But we don’t want to listen. When a rav speaks about the internet and the spiritual dangers it poses, it goes in one ear and right out the other. When a madrich says to dress and act in a more tznius fashion, people hiss their displeasure, telling the speaker to “get with the times.”

It’s easy to make changes when it fits our agenda and can coexist with how we already act. But those changes usually don’t do much. Imagine someone going to the doctor and telling him they will only make changes that they’re comfortable with and doesn’t interfere with their lives. That is essentially what we’ve been doing. The point of bettering ourselves is that even when it makes us uncomfortable or requires us to change the way we live, we do it and excel at it.

It isn’t enough for us to shake our heads and hand some money to these poor families. Hashem wants us to change. Rabbanim can look at the community at tell us what those changes must be. If we stopped living in our own little bubbles and actually took the advice and recommendations of those that lead us, perhaps these horrific tragedies would end.