Op-Ed: Why Rick Perry Could Be Terrible For Orthodox Jews Especially In Lakewood 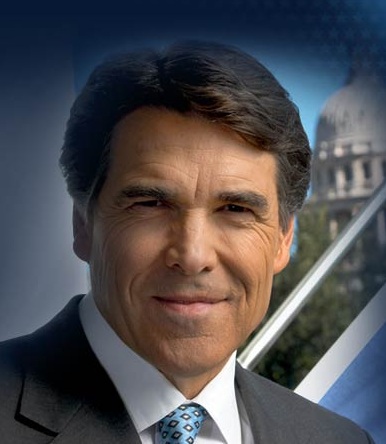 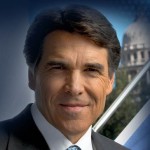 By Ari Fischer. Many of the current Republican presidential candidates have been criticized as being bad for Jews. Most of these criticisms have been vague, weak, untrue, theoretical, or speculative. For instance, some Utah Jews recently claimed in The Forward, that Mitt Romney would be bad for Jews because of his Mormon faith. Their fear is that if he were to become President that he would have to continue to answer first and foremost to a “higher authority,” the Mormon church. This position is ridiculous, hypocritical, and self destructive especially when it comes from Jews whose own values would seemingly invite similarly false criticism upon our own Jewish politicians. A similarly specious claim has been asserted that Michelle Bachmann or Rick Perry would be bad for Jews because they wear their religion on their sleeves and because they feel that they have a “Christian calling” to stand by Israel. We as Jews wear religion on our heads and sleeves both literally (Teffilin and Kippahs) and figuratively and we also feel that we have a “religious calling” to stand by Israel.

We need to focus instead on real substantive issues and concerns which directly affect our community. Rick Perry presents us with a very practical, real, and direct reason for opposing his presidency and why his election could cause Jews a tremendous amount of pain and trouble.

The primary reason to be concerned with Rick Perry is because of his policy on education and more specifically on Pell Grants. Rick Perry has called for zero federal involvement in education and would like to abolish the federal Pell Grant program if elected President. Furthermore, this was one of the first issues that Perry addressed upon becoming a candidate, while it took him more than two months to reveal just the first small part of his jobs proposal. Clearly, abolishing education programs is a major priority of his, apparently well before jobs and the economy.

Poor and underprivileged students across the country rely on federal assistance such as Pell Grants and our bochurim (students) in yeshivas (rabbinical schools) are no exception. Whether one thinks our schools should be relying on government assistance or not is immaterial because the fact is that many of them currently do and need to. Yes, one could argue that we should try to preempt such a seemingly inevitable cut and phase out our reliance on such aid but the point is that a sudden abolishment would be disastrous on so many levels. We as a community nowadays are not in an economically favorable position to replace such crucial government funding.

Some could argue Rick Perry has a rapidly declining chance of winning the Republican nomination and an even smaller shot of winning the general election. In addition, even in the unlikely event that he does win the Presidential election, he would still need congressional approval for such legislation, making the passage of such a bill less likely. However, the point stands that support for Rick Perry opens a Pandora’s box of dangerous circumstances for Jews. Each President is equipped with certain powers that he could utilize to achieve his goals outside of the legislative process. Perry, as Governor of Texas has already done this through his astronomical amount of executive orders and mandates. Also, we risk the very real possibility that this position, without opposition, will become a more mainstream view and other policy makers may come to adopt it as well. We need to voice tremendous opposition to this policy as quickly as possible.

This brings up another point regarding our general lobbying priorities and techniques as a community and how they are completely misaligned with our larger interests. Lobbying against policies such as abolishing Pell Grants should come well before our lobbying efforts for convicted criminals such as Rubashkin and Pollard. Staffers on Capitol Hill will tell you that Jewish groups who advocate for these issues are hurting themselves and the other issues that they need to care more about. Furthermore, many argue that Pollard would have been pardoned long ago if the lobbying was just done behind the scenes. The reason it has become such a big deal to pardon him might well be because Jews with our public outcries have turned it into such a big deal. Also, it’s noteworthy that many of the groups who heavily advocate for Pollard’s pardon are on the far right while it’s the liberals who are much more likely to actually pardon Pollard. Many of the conservative and Tea Party type activists, columnists, and bloggers have come out heavily against a Pollard pardon.

Assuming many Orthodox Jews are not even aware of Rick Perry’s views on Pell Grants or the disastrous ramifications that such an abolishment would bring, I don’t blame them for gravitating towards him as a candidate. Many were impressed with his seemingly very pro Israel press conference in New York City prior to the United Nations General Assembly convening. However, there are a number of reasons why he is not even necessarily the best candidate for Israel. Marc Tracy of Tablet magazine pointed out recently that Rick Perry’s pro Israel stances are not necessarily completely genuine, rather stating views on Israel and Iran presents the easiest foreign policy position for candidates who have zero foreign policy experience. In fact, during the last debate, Rick Perry called for all foreign aid to be reviewed. Israel’s aid is included in “all”, so we should be asking Perry what exactly about aid to Israel should be reviewed. At least, Romney (another foreign policy lightweight) called for aid to Israel to be increased. The point is that we already have a President now who is learning foreign policy on the job and we, as a country, and Israel, as a friend and ally, cannot afford another one in Perry or Romney. Such inexperience tends to result in a President having to rely too much on the State Department “Arabists” who notoriously criticize Israel over settlements at every opportunity they get. There is only one candidate in the Republican race who has actual foreign policy experience and that is a real shame because the country so desperately needs real leadership and experience on the world stage to deal with issues such as China, Iran, North Korea and others, over the next decade.

Regardless, Israel doesn’t need to be, nor should it be, our number one priority in this particular Republican nomination considering most the candidates are very pro Israel. All the Republican candidates (except for Ron Paul of course) would probably make for a better President in terms of Israel than our current one.

The bottom line is that we as Jews should participate in the political process, we should make our voices heard, and we should get our lobbying priorities and techniques in order. This is especially true when it comes to important and community-wide issues such as Pell Grants. Who knows, maybe opposition will persuade Perry to reconsider and change certain elements of his policies or to at least alter his views as he has done in the past (after all he used to be a Democrat and was a National Chairman for Al Gore’s presidential campaign). Particularly in the extremely important 2012 elections, we as Jews should focus on real and practical issues that effect our entire community and should vote and allocate out political donations accordingly, rather than paying attention to silly political side shows. [email protected]