Op-ed: Trapped In A Cage Called Golus: A Yeshiva Boy Has No Beard To Shave Off 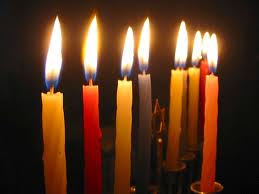 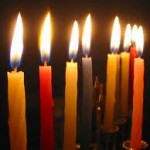 By Shalom Schor. Yes, it is sadly true. Eventually some can be unmasked, and one’s true features can be presented to the world. It is however a misguided mature choice to shave a beard. Yet granted it is an adult choice. Whatever can be said on behalf of those molded from their beginning in the form of complete spiritual corruption and distortion; with seemingly public approval and even support. Will there ever be a way for those cast in muck to have an opportunity to properly present themselves – without a conscious realization that they were so terribly disfigured from early youth? Perhaps the Payos will yet go…. and so sadly- they will never be given a fair chance….. I pray that I am wrong.

This, to accurately convey to you and ascribe at least this Jewish author’s Jewish gut reaction. A reaction that is far more then warranted. CHILUL HASHEM! CHILUL HASHEM. Oyish. Hashem Yerachaim on those young souls lost this morning on a CBS stage- or should I say cage. Ensnared by Golus.

Yeshiva and Boys* are a catchy name for any group within Klal Yisroel. The Holy name represents, at least to us of an ancient and seemingly previous generation, an initial second of reaction to something connected to the source and wellspring of authentic continuation of Orthodox God Fearing Jewry. The Yalmuka, pure eyes and voices, all so ever convincing, and yes real and live; our Holy Tzoin Kodshim; Klal Yisroel’s guarantee to our creator that Torah will remain unfretted, uncompromised in Klal Yisroel. Our precious children. הנרות הללו קודש הם: ואין להם רשות להשתמש בהם.

While any independent group, utilizing the freedom the United States offers, can take up this title, or any convincing title for that matter, and in fact convey any idea or thought that American Law allows, the name of Yeshiva connotes for many, an affiliation, or at least a trace to something of a traditional authentic Jewsih nature.

Yet to call yourself a name, and in this case with the gall to preface it with the words “Yeshiva and Boys” and then submit that same group to present and enact a polar opposite of what that Holy name has represented throughout the history of time, defies sensible words, and the action can best be summarized by calling it perverted and immoral.

How dare Tzion Kodshim, young innocent souls be subjected to ‘freely’ choose to perform on the stage of Orailim, to entertain millions of those who still deride us; Eisov Soneh L’Yaakov; all the while still seeking for a world free of Yeshivos and Chanukah. How dare children who represent the title of those who are not even interrupted to rebuild the Bais Hamikdosh be paraded and bandied about before those who were טמאו כל השמנים – and, with the appreciation of their very own Shepard be representative and a living embodiment of פרצו חומות מגדלי.

The tragedy of this morning’s public circus is of a magnitude equal if not greater to the murder and dismemberment of one of ours- by one of ours. I write this not for reaction – nor to drive the point home. But rather- because this is a completely accurate ascription of what took place, and all too true in the spiritual sense. This is a public spiritual abuse of not one child, but a large group of children, and all those that follow in their footsteps, the abuse of their religious flame and future; all for nothing more than the obvious publicity and financial gain. Evil exploitation to say the least.

Where is the hue and cry of all those counselors and professionals of how tragic this event is, how traumatic to the development of not just those performers, but all those who so seek to emulate them. Where are the public activists who seek to protect our youngsters from all evil? Where is the convention roundtable of how to confront this very public abuse of children’s Neshomos and the squelching of our Yidishe National Treasure of Biyshonis. – Where are the hotline numbers for those of us who are beyond pained and traumatized…

Sadly, where are the callers for that hotline number?

The images of Frum, Yeshiva children who look, and yes, even sound just like your precious ones, grotesquely swinging and swimming all sorts of gyrations across a stage before all the world to applaud; all the while with pure voices rising up in a macabre quasi comical oxymoron of just who they are named to be; singing about the Holiday which is the very antithesis of what they are actually doing.

These poor children, spiritually disfigured for ever more, exploited. Worst of all, seemingly tolerated, by a generation that has slowly become diluted to what the Light of Chanuka truly represents. הנרות הללו קודש הם

It is not just the Yeshiva nor the boys who are trapped in this cage called Golus…..

Wishing one and all a Freilich Chanuka. Hopefully, we will all be Zoche to the true light of Holiness.

* While it is painfully obvious to who and what this article is referring – I will not use their full publicly recognized name – and not because of Halacha, as that is not applicable in so obvious and Public Chilul Hashem.