Officials: N.J. Towns To Save $267M In Pension Costs Thanks To New Law 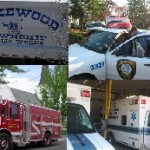 Local governments across New Jersey will save $267 million in pension costs now absorbed by public employees in the form of higher contributions, according to figures provided by the state’s Treasury Department. The savings are a result of the controversial pension overhaul bill that passed in June and shifted a greater share of the costs onto public workers. Supporters said the move was necessary to help save the cash-strapped pension system for future retirees and to help ease the burden on local governments.

“Because we took action, New Jersey taxpayers are now seeing that real results will ease strained local budgets and bring costs under control at the local level,” Gov. Chris Christie said in a written statement. Mor in Star Ledger.