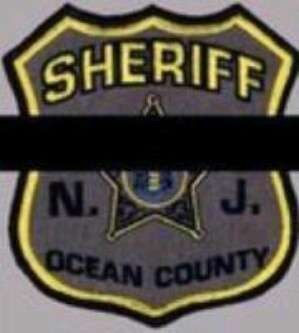 Undersheriff Wayne R. Rupert, (pictured center) a 44-year veteran of the Ocean County Sheriff’s Department, has died after falling off a roof of a mobile home he owned. According to a report in the APP, Rupert was in middle of winterizing his mobile home, when he either lost balance or had a medical incident which caused the fall. He was 68.

Rupert, a Brick resident, was the right-hand man of 83-year-old Sheriff William L. Polhemus. (pictured left). As Polhemus’s health has begun to deteriorate in recent years, the sheriff had come to rely heavily on both Rupert and Chief Michael Osborn to run the day to day operations of the department.

Polhemus appointed Rupert his deputy in January 2001. Before that, Rupert had been the director of the county Office of Emergency Management beginning in 1992. He joined the Sheriff’s Department in 1967. He has worked at the county jail, in the department’s Communications Division and served as the commander of the Identifications and Court Security Division from 1990 through 1992. APP. Photo credit: Lakewood Shopper.