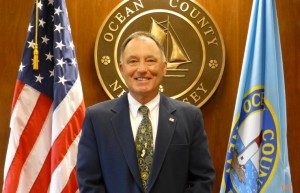 Attached is a letter submitted by Ocean County Freeholder Gerry P. Little. Dear Editor: On March 31st U.S. Marine Sgt. Andrew Tahmooressi was arrested by Mexican police after he accidentally crossed the border while carrying three firearms, all legally owned and registered in the United States. Sgt. Tahmooressi immediately disclosed to Mexican border guards that he had made a wrong turn and that the three guns were in his truck. Despite his explanation, the veteran of two combat tours in Afghanistan was arrested and has been jailed by Mexican officials for the past three months.

I join with millions of other Americans in calling on President Obama to take immediate action and negotiate Sgt. Tahmooressi’s release. According to the sergeant’s own statements, he has been shackled until his wrists and ankles bled and has endured threats from other inmates, including drug lords, while incarcerated. For a U.S. Marine to have to endure this kind of treatment by a nation that is supposed to be our ally is unconscionable.

Sgt. Tahmooressi’s mother says her son is also undergoing treatment for post-traumatic stress disorder and she fears that his confinement will worsen the condition. The Obama Administration has negotiated with the Taliban and released five terrorists to win the release of Army Sgt. Bowe Bergdahl. Doesn’t Sgt. Tahmooressi, by his service, deserve the same effort?

When Marines go into battle, they have a saying: No Man Left Behind. It’s time the White House adopts this cry and expedites Sgt. Tahmooressi’s release.