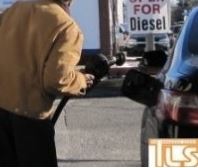 In the Mid-Atlantic region, New Jersey, Delaware, Maryland, Pennsylvania, Virginia and the District of Columbia have reached 2014 gas price lows.

Crude oil continued to trade in the $80 per barrel range this week, even testing sub-$80 per barrel levels mid-week.   Low demand combined with abundant supply has kept downward pressure on global oil prices.  The impact of falling prices is currently front of mind for many in the market, and attention is now focused on whether the Organization of Petroleum Exporting Countries (OPEC) will alter production in order to influence prices higher.  OPEC members are scheduled to meet at the end of November and will reportedly not hold an emergency meeting before then based on current prices, which has supported the bearish sentiment for crude oil.  Additionally, while violence continues in Iraq, market watchers still assess the threat to oil production to be relatively limited.  Crude oil settled at $82.96 per barrel at Friday’s close, marking the ninth consecutive settlement below $90 per barrel and the lowest price since December 2012.

“To motorists’ delight, prices at the pump continue to drop to the lowest level of the year in many areas,” said Tracy E. Noble, spokesperson for AAA Mid-Atlantic.  “Weak global demand and the highest U.S. oil output in almost 30 years is keeping downward pressure on global oil prices, not to mention hurricanes have not been a problem this year in the Gulf of Mexico.  Barring any unforeseen circumstances, AAA expects gas prices could drop another 10-20 cents between now and the end of the year.”

AAA projects drivers in as many as 20 states could enjoy an average price of less than three dollars per gallon before the end of the year (as of October 17 thirteen states had dropped below $3 per gallon), given relatively inexpensive crude oil prices, healthy supplies, low demand, and barring any unexpected calamities that could threaten supply, production or distribution of oil or gasoline.

CURRENT AND PAST GAS PRICE AVERAGES

(AAA.com/fuelfinder) locates the lowest fuel price in your area.