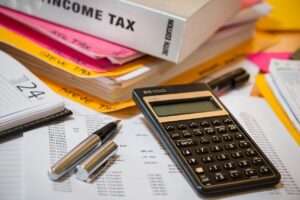 The EITC is a federal and state tax benefit for individuals and families who earn low-to-moderate incomes in NJ. It is a tax credit that may reduce the amount of taxes you owe, or provide you with a refund, even if you don’t owe any taxes.

The sponsors of the bill issued the following statement:

“Last year, through legislation signed into law, we allowed more residents to participate in the Earned Income Tax Credit by expanding the age requirement to 21. We take it one step further today. As we move out of one the most difficult economic times for New Jersey residents, expanding the EITC to include residents 18 years of age and above will provide direct, tangible tax relief to thousands more low-income working residents and their families.”

EITC is one of the nation’s most important antipoverty programs. In 2018, the EITC benefitted over 22 million working families and individuals, lifting about 5.6 million people over the poverty line, including about 3 million children.

Under the federal program, there are age restrictions for taxpayers who cannot claim a qualifying child. Currently, a taxpayer who is between 25 and 65 years old is eligible for federal earned income tax credit even without claiming a qualifying child. The State program was changed by P.L.2020, c.98 to allow those who are least 21 years old to claim the credit based on a modified calculation. This legislation would further alter the program to allow those who are at least 18 years of age or older to claim the New Jersey earned income tax credit based on a percentage of the federal earned income tax credit amount the taxpayer would have otherwise been eligible for absent the age restriction.

The bill will now go to the Senate for further consideration.