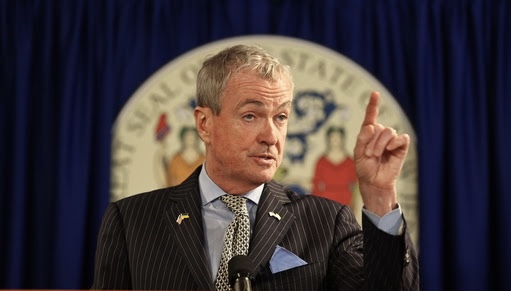 With voting now complete in the 2022 midterm elections, positioning for the 2024 presidential election is now underway.

Both the current governor of New Jersey, Democrat Phil Murphy, and the most recent former governor, Republican Chris Christie, are expected to try their chances for their party’s nominations, but neither have the support of their home state in such efforts, a new poll from Fairleigh Dickinson University shows.

But those low numbers are still higher than support for Christie: only 12 percent of New Jersey Republicans say that he should run, with 80 percent saying that they don’t think he should

(Democrats were not asked if Christie should run, nor were Republicans asked if Murphy should).

“Democrats are relatively happy with the job Murphy is doing as governor,” said Dan Cassino, a professor of Government and Politics at FDU, and the Executive Director of the Poll. “But there’s just no appetite to see either of these guys run at the national level”

According to the poll, Murphy is underwater with New Jersey residents: just 40 percent approve of the job Murphy is doing as governor, with 42 percent disapproving.

His approval is higher – 67 percent – among Democrats, but even that figure is below historical norms for an incumbent governor among his partisans. More independents disapprove of him (46 percent) than approve (42 percent), and only 7 percent of Republicans say that he’s doing a good job. But even among Democrats who approve of the job that Murphy is doing as governor, only 35 percent say that he should run for President.

“Murphy is counting on the idea that gubernatorial experience translates into Presidential prospects, said Cassino. “But even Democrats who think he’s done a good job in the state house don’t want him running for President.”

Whatever his problems may be, Christie’s tempestuous relationship with Former President Trump doesn’t seem to explain why he’s having trouble appealing to New Jersey Republicans.

While President Biden won handily against Trump in the 2020 Presidential election in New Jersey, 78 percent of New Jersey Republicans say that they voted for Trump. Among those Republicans, only 11 percent say that Christie should run for President.

But the former governor’s numbers aren’t any better among the smaller group of Republicans who didn’t vote for Trump: only 13 percent of them say that he should run.

“Going back and forth between cozying up to Trump and attacking him means that Christie has managed to alienate just about everyone in the Republican Party,” said Cassino. “If he wants any kind of constituency in 2024, he’s going to have to hope for a widespread outbreak of political amnesia.”

Especially since the Dobbs decision overturned past abortion rights cases at the federal level, Governor Murphy has made his support for abortion rights a centerpiece of his governorship, and his role as a national leader among Democratic governors.

However, this has not translated into a groundswell of Presidential support from pro-choice New Jerseyans.

“Abortion is an issue that hits hardest among more liberal Democrats,” said Cassino. “And right now, those Democrats don’t want to see Murphy or anyone else running against Biden.”