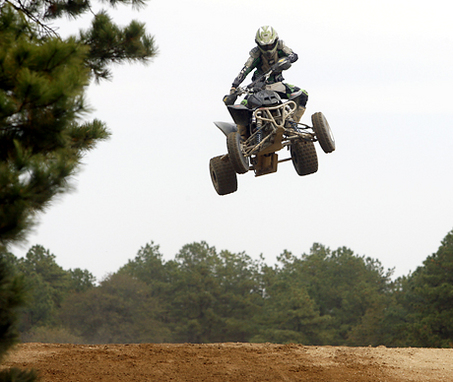 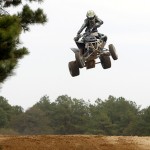 There are tough new rules for people riding off-road vehicles in New Jersey. Those caught steering their quads, snowmobiles or dirt bikes into state parks and wildlife areas face impoundment of their machines, fines of more than $1,000 for a third offense, and penalties equal to five times the cost of any damage left on trails or fields. But the law also gets tough with the state agency that was pushing to punish errant drivers: the Department of Environmental Protection. Under legislation Jon Corzine signed a day before leaving the governor’s office, the DEP must make good on an 8-year-old promise to create public riding parks for the increasing number of people buying off-road vehicles.

“I feel numb. We’ve talked to the DEP through two administrations, and they have not been willing to make it happen,” said Dale Freitas, president of the 30,000-member New Jersey Off-Highway Vehicle Association. “Maybe this law is a road map on how we can move forward.”

The legislation sets up a $50, two-year registration fee for off-road vehicles, with an added $10 fee to go toward funding the parks. But the state cannot collect a penny before the DEP finds at least one state-owned location for an off-roading park. Within the next three years, the DEP also must show progress on siting three off-road parks — one each in the north, central and southern parts of the state. If the DEP doesn’t, the registration fees will expire.

Even with the legislation, the main obstacle to building public motor parks remains. “Everyone agrees there needs to be a facility for off-road vehicles. Nobody wants to host it,” said John Flynn of the DEP’s Green Acres program, which has been tackling the issue since 2002.

That was the year the DEP began a crackdown on illegal riders, as tension between riders and the public increased. There were incidents of conservation officers being run down while on patrol. Trails and private fields of crops were being torn up by illegal riding, and members of some outdoor groups started physically confronting trespassing off-roaders.

“Some people are stringing wire across trails. My buddy ended up in the hospital for a couple of weeks,” said Dan Buske, 23, of West Milford.

The state’s only large-scale, publicly available off-road park was the not-for-profit New Jersey Off Road Vehicle Park in Burlington County until it shut down in 2008 because its lease expired.

The only legal alternatives for riders now are private clubs that lease property, or property owners who allow riders on their land.

“They’re really cracking down. I’m lost for places to ride. There’s got to be a compromise,” said Buske, who admits to regularly taking his dirt bike and all-terrain vehicle for “not totally legal” spins, usually in the Pinelands in South Jersey.

The DEP found a site for an off-road park in 2007, when it paid $1.2 million for 224 acres in the Pinelands — a former sand and gravel strip mine at the rural edge of Monroe Township in Gloucester County. Then the opposition showed up, from environmental groups to homeowners in a neighboring Atlantic County town.

“We thought it was outrageous they bought a site for an ATV park without talking to us first, since it would have been right across the street from the people in Collings Lake,” said Buena Vista Mayor Chuck Chiarello, referring to a 1,000-home development.

“I’m not saying no to it as a sport. But if this sport needs areas to be set aside, I don’t want the state just haphazardly picking a spot.”

The plan died, and the DEP focused instead on a location in Egg Harbor, 30 miles southeast of Monroe and deeper into Atlantic County.

“We took a different approach. We worked with a private organization, taking the state out of the center of things. We would have funded it, but it would have been privately owned and operated,” said Green Acres’ Flynn.

Freitas spearheaded the proposal, taking it to local officials. But last fall it failed to win township approvals as opposition rose from local and environmental groups.

“Just because somebody buys something, just because the ATV industry sells these machines, does not give them an automatic right to get pieces of forested, public land to use what they purchased, ” said Jeff Tittel of the New Jersey chapter of the Sierra Club.

“But I think we can come up with three locations,” Tittel added. “The question is, will the off-roaders insist on using parks rather than more degraded lands such as … capped landfills or old dredge-spoil sites.”

Freitas said the off-roaders are willing to compromise if the DEP acts quickly.

“As soon as we address the parks, we will see a drop in unlawful off-roading,” he added.

“We do have some ideas we are pursuing. I am not ready to talk about them at this point. In my mind, they hold promise,” he said. Star Ledger.