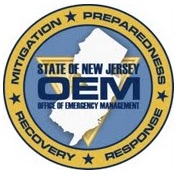 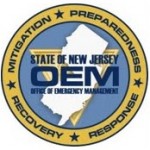 The New Jersey Office of Emergency Management announced today that on November 9 at 2:00 p.m. eastern standard time, the federal government will conduct the first nationwide test of the Emergency Alert System (EAS). The test will last up to three and a half minutes.

During this period, regularly scheduled television, radio, cable, and satellite shows will be interrupted as the system is being tested. This event will be just a test, and not a real emergency alert.

The test is being conducted by the Federal Emergency Management Agency (FEMA), the Federal Communications Commission (FCC), and the National Oceanic and Atmospheric Administration (NOAA), as part of their ongoing efforts to keep the nation safe during emergencies and strengthen our resilience against all hazards.

The national Emergency Alert System is an alert and warning system that can be activated by the president, if needed, to provide information to the American public during emergencies. NOAA’s National Weather Service, governors, and state and local emergency authorities also use parts of the system to issue more localized emergency alerts. The test is an important exercise in ensuring that the system is effective in communicating critical information to the public in the event of a real national emergency.

Under the FCC’s rules, radio and television broadcasters, cable operators, satellite digital audio radio service providers, direct broadcast satellite service providers and wireline video service providers are required to receive and transmit presidential EAS messages to the public. A national test will help federal partners and EAS participants determine the reliability of the system, as well as its effectiveness in notifying the public of emergencies and potential dangers both nationally and regionally. The test will also provide the FCC and FEMA a chance to identify improvements that need to be made to build a modernized and fully accessible Emergency Alert System.

The New Jersey Office of Emergency Management, along with FEMA, encourages the public to use this event as a reminder that everyone should establish an emergency preparedness kit and emergency plan for themselves, their families, communities, and businesses. Visit www.ready.nj.gov for more information about how to prepare for and stay informed about what to do in the event of an actual emergency. TLS.