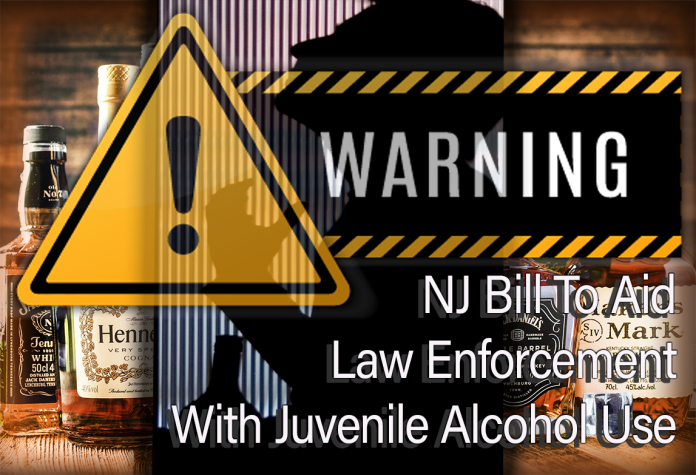 “Following the decriminalization of marijuana and the changes to the juvenile justice laws, many law enforcement officers are being left with unclear direction as to what, if anything, they can do to combat some of the offenses and issues being caused by some juveniles primarily in our shore communities,” Senator Polistina said.

“This new law will give some power back to the police, and hopefully help to quell any issues before they arise.”

The proposed law would allow for law enforcement officers to identify and verify age for persons in possession, and or use, of marijuana or alcohol. The proposed legislation does not require an arrest or citation for underage use but allows for confiscation and notification to a parent or guardian for any individual under 18 years of age.

“While we know that no police department has the manpower to patrol simply for these issues, this proposal can be utilized as a tool by the police departments to address any concerns or complaints of large gatherings of juveniles before a problem is created,” Assemblyman Guardian added.

“Kids today need to be reminded that we are a Country and a State that believes in law and order,” explained Assemblywoman Swift.

“No one wants to see a criminal charge affect the future of a young child; however we do have laws and rules as a society, and we must live within those boundaries.”

Senator Polistina also stated that both the Assembly and Senate versions of the bill will be posted and hopefully move through both houses without issue.

“This isn’t a partisan issue, it’s one that touches every one of us in our communities one way or another,” Polistina noted. “Hopefully, these bills will garner support from both Republicans and Democrats and help avoid situations like we’ve recently seen in Wildwood and elsewhere.”

People often begin to drink alcohol and use other substances during adolescence. About 40 percent of 12- to 20-year-olds reported having tried alcohol at least once.

While adolescents tend to drink alcohol less often than adults, they tend to drink more when they do drink. According to 2019 data, approximately 11 percent of people ages 12 to 20—or 4.2 million—reported binge drinking in the past month.

Adolescents are motivated to explore and take risks. These learning experiences, complemented by the adolescent brain’s increased ability to readily change in response to experiences (also known as brain plasticity), are key to developing the skills and knowledge to become independent. While this increase in brain plasticity and risk-taking can provide incredible opportunities for learning and personal growth, it also makes adolescents more vulnerable to both the short-term and long-term negative effects of alcohol.

For example, a sizable body of research evidence links the early initiation of alcohol use to unsafe alcohol-related behaviors. In general, underage drinking can lead adolescents to make poor decisions and engage in potentially harmful behavior (e.g., drinking and driving, unsafe sexual behavior, and other substance use) that can result in a range of negative consequences such as injuries, sexual assaults, and even death.

Binge Drinking: The National Institute on Alcohol Abuse and Alcoholism (NIAAA) defines binge drinking as a pattern of drinking alcohol that brings blood alcohol concentration (BAC) to 0.08 percent—or 0.08 grams of alcohol per deciliter—or higher. For a typical adult, this pattern corresponds to consuming five or more standard drinks (or alcoholic drink equivalents) for men, or four or more standard drinks for women, in about two hours. However, research shows that fewer drinks in the same time frame are necessary to reach the same BAC in adolescents (compared to adults): only three drinks for adolescent females and three to five drinks for adolescent males, depending on their age and size.

Research suggests that the patterns in adolescent brain development may increase the likelihood of adolescents engaging in unsafe behaviors such as alcohol use. For example, the systems of the brain that respond to rewards and stressors are very active in adolescence. Meanwhile, the areas of the brain involved in planning and decision-making (the prefrontal cortex) are the last areas to mature, typically at least into the mid-20s.

Scientists have found that alcohol causes less sedation (sleepiness) and smaller impairments in balance and muscle coordination in adolescent rodents than adult rodents. If this research holds true for humans, it could put adolescents at even greater risk of harm from alcohol by allowing them to continue drinking and reach higher blood alcohol levels despite impairments in decision-making and impulse control.

Research suggests that youth who have experienced childhood trauma may have disrupted growth in brain regions, and patterns of connections between brain regions, that may make them more likely to engage in binge drinking during adolescence.

Immediate Effects of Alcohol on the Brain and Behavior

In adults, drinking alcohol impairs decision-making and impulse control, and can lead to a range of negative consequences. For adolescents, drinking alcohol can make it even more difficult to control impulses and make healthy choices. In both adolescents and adults, drinking also compromises the ability to sense danger by disrupting the function of a brain region called the amygdala. Alcohol often produces rewarding feelings such as euphoria or pleasure, which “tricks” the brain into thinking the decision to drink alcohol was a positive one and motivates drinking again in the future.

If a person drinks enough, particularly if they do so quickly, alcohol can produce a blackout. Alcohol-induced blackouts are gaps in a person’s memory for events that occurred while they were intoxicated. These gaps happen because alcohol temporarily blocks the transfer of memories from short-term to long-term storage—a process known as memory consolidation—in a brain area called the hippocampus.

Alcohol-related blackouts are quite common among adolescents. In one study, 1 in 5 older adolescents who ever drank alcohol reported an alcohol-induced blackout in the previous 6 months.

Longer-Term Effects of Alcohol on the Brain and Behavior

In some people, a history of adolescent alcohol use could increase a person’s likelihood of developing alcohol use disorder, and is associated with mental health disorders such as anxiety and depression during adolescence and later in life.

More and more research suggests that drinking alcohol in adolescence may have significant effects on brain function. The earlier people start drinking alcohol, the more likely they are to experience a measurable impact on cognitive functions, memory, and school performance over time—perhaps even into adulthood.

Drinking excessively during adolescence—generally measured by a history of binge drinking or an alcohol use disorder diagnosis—has been linked to changes within and between brain regions.  For example, researchers have found reductions in the size of the frontal lobe (involved in planning and decision-making), hippocampus (involved in learning and memory), amygdala (involved in fear-sensing), and corpus callosum (involved in the communication between the two sides of the brain). Researchers have also found that heavy drinking changes the normal developmental patterns in the connections between and within brain regions, and weakens connections between brain areas that regulate emotional and cognitive functioning.

The good news is that the special ability of the brain to change with experience during adolescence seems to also lend itself to recovery from some alcohol-induced changes.

What Can We Do?

The more we know about how alcohol affects the adolescent brain, the more we can inform the conversations about alcohol that we have with teens.

Parents and teachers play a major role in the way adolescents think about alcohol. Research demonstrates, for example, that children whose parents allow them to drink are more likely to quickly transition from their first drink to unhealthy patterns of drinking such as binge drinking.