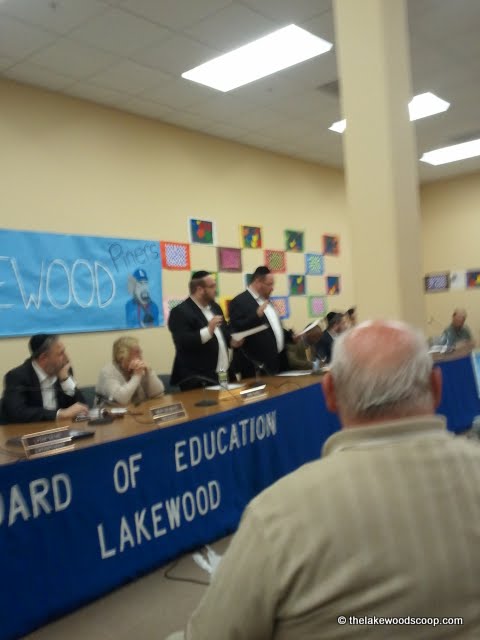 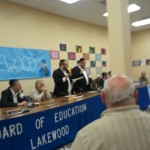 PHOTOS: The winners of the recent Board of Educations were sworn in this evening in front of a modest crowd. Greenspan and Friedman, who are the newcomers to the board, were sworn in for the first time. Tracey Tift, who took over Lenny Thomas after his recent resignation and held on to his seat, won the third seat with a landslide vote. 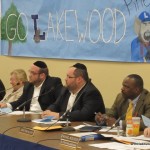 Also at this evening’s meeting, Meir Grunhut was voted in as the Board President, and Tracey Tift as Vice President.

A motion was made to vote in others as president, but the motions did not pass. The candidates were Tift, Fink, Seitler and even Inzelbuch, the Board Attorney.

The president serves as the board’s spokesman, but does not have veto power or the sort.

Also during the meeting, a motion was made by board member Carl Fink to do away with the sign-in process for residents who wish to speak at public meetings, but later retracted the motion. TLS.