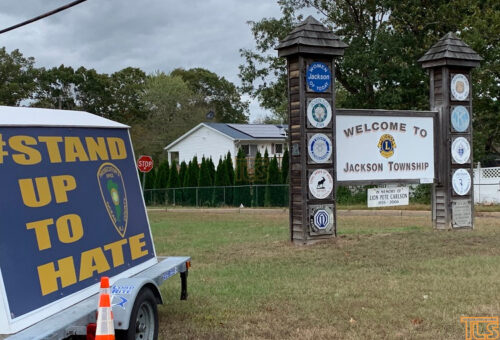 New audio obtained by TLS contradicts claims made by Jackson Mayor Mike Reina and brings up further questions about how honest he is being with his constituents.

In the audio clip, Joe Sullivan, known to be one of Reina’s closest confidants, is heard explaining his understanding of what occurred that caused an agreement between Jackson Township and its Orthodox Jewish residents to fall apart.

According to our sources, Mayor Reina has told multiple people that the reason why the deal fell through is that he hadn’t had a chance to properly review the terms of the deal, and had nothing to do with the actual content of the agreement, which Joe Sullivan, in this audio clip, shows to be no more than a bald-faced lie.

In the clip, Sullivan says that Councilman Ken Bressi was Jackson’s point man in negotiating the settlement with the Orthodox Jewish residents.

Sullivan’s comments are in clear contradiction to everything Mr. Reina has been telling Orthodox Jewish leaders in explaining why the negotiations failed. Instead of his “not having a chance to review it,” the real reason – according to Reina’s own close confidant – is because Reina and other officials simply didn’t like that the agreement stated that shuls, mikvahs, and eruvs would be allowed to go up in Jackson if it received planning board approval.

So we now know that Reina lied to his own constituents about the reason why negotiations failed. What else is Reina lying about?