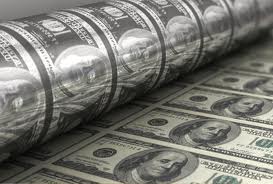 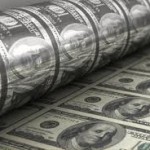 Pop the champagne — the U.S. debt just surpassed $15 trillion. The inauspicious milestone comes as Congress tries anew to slash billions of dollars from the federal budget and at least slow the rise in the national debt. But the $15 trillion mark puts the congressional effort in perspective. While lawmakers on a bipartisan committee are stuck on how to reach their minimum deficit-reduction target of $1.2 trillion over 10 years, the pace at which the national debt is increasing suggests any agreement would barely make a dent.

After all, it took just one year for the U.S. government to add $1.2 trillion to the national debt, thanks to a 2011 deficit of approximately that size. The debt was at $13.8 trillion last November, or $1.2 trillion below where it is today. It passed the $14 trillion mark at the very end of 2010, and this week hit $15 trillion.

While the unofficial “debt clock” showed the country reaching that point on Wednesday afternoon, official figures kept by the Bureau of the Public Debt show the $15 trillion threshold was crossed on Tuesday.

Either way, it’s a lot of money — some $600 billion more than the combined economies of China and Japan.

Critics of the Obama administration’s spending were not shy about publicly bemoaning the development.

“I hope that Congress and the president will see this for what it is: a wakeup call for Washington. We absolutely must turn back from the outrageous spending before it permanently destroys this country,” Rep. Paul Broun, R-Ga., said in a statement.

The rapid rise in the debt led to a standoff earlier this year over whether to raise what was then a $14.3 trillion limit on how much debt the nation could accrue. Congress eventually agreed to an increase worth about $2 trillion, provided Congress cuts $2.4 trillion. Read more in Fox News.