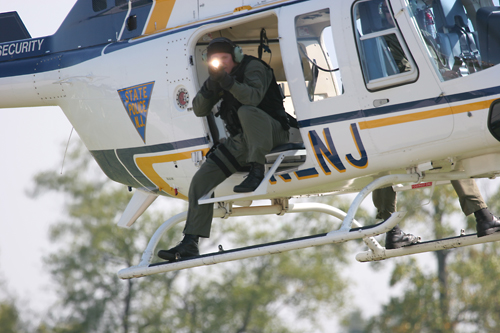 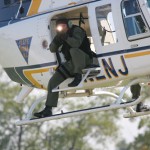 Gov.-elect Chris Christie plans to announce his choice as the leader of the state’s homeland security effort this afternoon, tapping another former colleague from the U.S. Attorney’s office for his cabinet. Senior Assistant U.S. Attorney Charles McKenna will be introduced as Christie’s choice to direct the state Office of Homeland Security and Preparedness, according to two officials who have been briefed on Christie’s selection. McKenna is currently the chief of the criminal division at the federal prosecutor’s office and was the executive assistant U.S. attorney for much of Christie’s time running the U.S. Attorney’s Office.

As a federal prosecutor, McKenna was a key member of the team responsible for shaping the case against the Pakistani militant indicted for the murder of Wall Street Journal reporter Daniel Pearl. He also coordinated the interaction between the U.S. Attorney’s Office and other federal agencies, including those handling counter-terrorism functions.

McKenna will be the third Christie Cabinet member introduced . The first two were Essex County Prosecutor Paula Dow as state attorney general and Lt. Gov.-elect Kim Guadagno who will double as secretary of state. Like McKenna, Dow and Guadagno had high-profile careers at the U.S. Attorney’s Office.

The McKenna announcement will be made during a 1 p.m. news conference at Dow’s office in Newark.

The Office of Homeland Security and Preparedness was established in the wake of the 9/11 terror attacks. McKenna would be the second director of the agency, replacing Richard Canas, who was brought in by Gov. Jon Corzine. The position is not subject to Senate confirmation. Star Ledger.