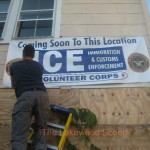 A bill that would allow illegal immigrants who are New Jersey residents to pay in-state tuition was today moved out of an Assembly committee after hours of emotional testimony. Opponents of the bill say it goes against federal law and would deprive state colleges of the money that out-of-state tuition would bring in, but supporters counter that it would bring paying students to the school who otherwise would not have attended at all. The Assembly Appropriations Committee voted 7-4 to move the bill to the full Assembly. It was scheduled for debate in a Senate committee today.

If the bill is passed by the full Legislature and signed by the governor, immigrants in the country illegally would be eligible for in-state tuition if they have attended a New Jersey high school for at least three years and received a diploma or equivalency.

The Office of Legislative Services, a nonpartisan body that works for the legislature, said the bill would not cost the state money, but some legislators say they cannot see how that is possible. Assemblyman Richard Merkt (R-Morris) said it was “naive” to think so, and Assemblyman Herb Conaway (D-Burlington) said he had spoken to university presidents who said it would have a fiscal impact.

Dozens of students stood in front of the Assembly Committee today to show their support and testify. A few would not give their full names, and the press were asked not to photograph their faces.

Cid Wilson, the vice chairman at the board of trustees at Bergen Community College, said the bill would not cost colleges like his more money.

“If anything, there will be a benefit to the colleges,” he said, because many of the costs are larger, fixed costs that do not increase with each additional student. He said the “large amount” of undocumented students at the college have shined and excelled, and pay taxes through rent, sales and income tax.

Supporters said the students should not be punished for their parents’ decisions.

One of the bill’s sponsors, Valerie Vainieri Huttle (D-Bergen), argued that this was simply making the tuition rates equal for students who had lived here as long – or longer – than other students who receive in-state rates.

“I think this bill is about fairness and opportunity,” she said. “We are not giving anything away. We are just making it equal.”

Opponents also said it was about fairness – to the people in the country legally.

“A kid from South Philly or a kid from the South Bronx, who happens to be a citizen, is going to pay higher tuition than someone who is here from, say, Saudi Arabia, and not here legally,” Merkt said. “I don’t know how a legislator, who has taken an oath to support the Constitution of the United States, can say we’re going to ignore federal law and provide a subsidy to youngsters who are here in violation of the law.”