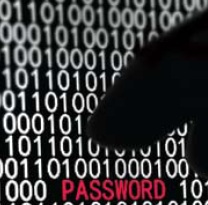 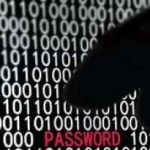 By Barbara Bensoussan. Your credit card hasn’t been lost or stolen. So why is there $10,000 worth of jewelry, airline tickets, and electronic equipment on your monthly statement? You’ve entered the world of identity theft, which today is just a few keystrokes away from its next target.

But he that filches from me my good name robs me of that which not enriches him, and makes me poor indeed.”  — William Shakespeare, Othello

It all started the Motzaei Shabbos of Thanksgiving weekend.

We’d hosted a family of five for Shabbos, and now they were trying to get themselves out and on the road, throwing clothing and toys and sheitels into wheelie luggage, bagging nosh for the kids. I was busy organizing an impromptu Melaveh Malkah for later that evening, in honor of my husband’s birthday.

In the midst of all the tumult , the phone rang.

“Hello, is this Barbara?” intoned a feminine-sounding voice. “This is Amanda with the Citibank Fraud Department. We’d like to verify a few charges you made on your Sears Citibank MasterCard today.”

“I didn’t use my card today,” I said, taken aback. “I’m Jewish — religious Jewish. I don’t buy anything on Saturdays.”

“You weren’t in a Target or Walmart today?”

“Well, these charges weren’t made in your area,” Amanda replied. “It looks like they were made in — um — White Plains and Westchester. Would you like to dispute the charges?”

What a question! According to Amanda’s information, over 5,000 dollars’ worth of merchandise had been merrily charged to my account at six different stores! But my credit card hadn’t been lost or stolen; it was right where it was supposed to be, in my wallet.

Amanda blocked the credit card and said we’d receive new ones in the next week or so. In the meantime, I should keep an eye on my other cards, in case the thief had gotten access to any of my other accounts.

Later that week, as I sorted through my usual assortment of mail, I noticed a credit card solicitation envelope that said, “Welcome to Nordstrom!” Besides the fact that there’s no Nordstrom near where I live, I need another credit card like a loch in kop. I promptly threw the envelope in the trash with the rest of the junk mail.

Two days later, my new friend Amanda called. “Barbara, did you make any purchases with a Nordstrom credit card?” she asked.

Little prickles of nervousness began to rise along the base of my neck. “Somebody has spent 2,000 dollars with it,” she continued. “Also in the Yonkers/White Plains area, it seems.”

The nerve! I railed. Somebody spent 2,000 bucks of our hard-earned money at Nordstrom? It’s not as if the culprit was starving and needed to steal money for food! This was just downright, despicable greed!

For once I was glad that Citibank, that impersonal, “too big to fail” institution, is so large: They can afford to maintain a sizable, vigilant fraud department. Amanda forged ahead and put the credit bureaus on alert for suspicious activity or anyone attempting to open a new account in my name. She said she was sending me a fraud report kit with paperwork to fill out, and suggested I file a police report and contact the Federal Trade Commission.

In the days that ensued, I made an extra effort to monitor my credit cards; in the meantime, the mailman delivered both a credit report and a hefty fraud report packet from Citibank, which required filling out about ten pages of forms and attaching copies of utility bills (to prove my real address), my driver’s license (photo ID) and a police report number. I was also instructed to fill out an affidavit of fraud, not only signed, but witnessed and notarized, and photocopy the whole thing a few times before sending it all back. Despite the fact that my eyes glazed over just contemplating these masses of unfamiliar documents, I slowly began plowing through them.

All was quiet on the credit front for another week, until one afternoon I opened up an online banking statement to find myself unexpectedly short about $1,000. Checking the activity, I saw that a debit purchase had been made, to the tune of $1,100, at Helzberg Diamonds in North Kansas City. Hacked again? I gasped. Panicking, I called Amanda right away. While on hold, I noticed two other unauthorized purchases: $20 to Yahoo Mail, and $30 to Greenpeace, an organization that’s really not — with apologies to the whales — on my top-ten list of favorite charities.

Amanda, after checking into our account, told me the charge had been made with my husband’s debit card number. Since my husband has never set foot in Kansas City, chances weren’t too high he’d made an impulse decision to splurge on a tennis bracelet for me. Amanda advised me to go to my local branch and close the account immediately.

My afternoon was therefore spent unexpectedly in the company of Jeffrey, my branch manager, who was very sympathetic. He closed the old account and opened a new one with a different number. In the interim I was issued a new debit card, which proceeded to fail to work anywhere, making it look embarrassingly as if I was the one using false identification.

From the bank, I proceeded to the police station to file a police report. Between the wait at the bank, the pouring rain, and the congested traffic, I arrived at the police station at 4:15, only to be told the fraud detectives keep bankers’ hours and go home at 3:30. It took two more trips before someone was available to speak with me.

When I finally met Detective Thompson (not his real name) of the 70th Precinct, a youngish man in dress shirt and tie, he was all business. “Where’s your credit report?” he fairly barked. “Where’s the list of fraudulent transactions? Where was your credit card when these transactions were made? Were they made online or in a store?”

He softened up considerably as I demonstrated my due diligence, displaying all my documents. He assigned me a case number to add to my paperwork, but groused that even though he’d file a report and forward it to the police department in Westchester County, chances were slim that anyone would follow up — they’re all too overloaded. Identity fraud crime is growing like crabgrass.

As he filled out forms, Detective Thompson enlightened me further about identity theft. For example, I wondered aloud why a charge to Greenpeace preceded the charge to the jewelry company: “Do these thieves have such big hearts that they care about the whales?” I asked cynically.

“No. That’s the way they operate. They try putting through a couple of small charges, to see if it works. Later they’ll buy larger-ticket items.” For this reason, I learned, you should never ignore even a tiny unauthorized charge on your bank or charge account.

While the credit reporting agencies had put my information on an automatic 90-day alert, the detective advised me to take the free option to extend it for seven years. “You may think things have calmed down, but sometimes these guys do damage, then lie back and wait awhile before they try again. Or they sell the lists of names and identifying information to other thieves, even in different countries.” The names change hands so many times, and across so many borders, that tracking down identity fraudsters is like trying to tail international drug dealers.

It took close to a month and countless annoying hours to finally finish my fraud reports for Citibank, Nordstrom, the local police, and the FTC. And as much as I shudder to think of it, it’s still likely that somewhere out there in cyberspace, somebody has my financial information for sale — and maybe yours too.

Misery Has Company A little research soon revealed I am far from alone in my tale of woe. In fact, these days identity fraud is the number one consumer complaint to the Federal Trade Commission.

According to a 2010 report by the Javelin Strategy and Research Corporation, some 11.1 million people (close to 5 percent of the American population) were victimized by identity crimes in 2009, creating a loss of a whopping $54 billion dollars. Only about 13 percent of these crimes could be traced to someone known by the victim, and people lost, on average, 21 hours and $373 trying to resolve the situation.

Identity theft became a violation of federal law in 1998 under the Identity Theft and Assumption Deterrence Act, although statutes already stood on the books for credit card fraud, computer fraud, mail and wire fraud, and financial institution fraud. “Identity fraud went onto the books relatively recently, but there were plenty of common law precedents before that,” explains lawyer Richard Horowitz, of Richard Horowitz and Associates. “With people using credit cards and computers more and more, it became enough of a problem to be codified into law.

“Some techniques to steal people’s data aren’t that hard,” he continues. “Sometimes thieves get it just through calling up the bank, especially if they know the victim’s mother’s maiden name or social security number. Some hack into computers, or bribe people on the inside to get information.” [Read more in this week’s Mishpacha Magazine].